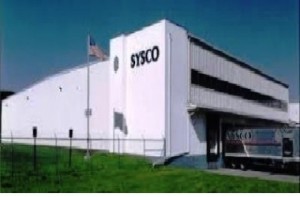 The sealed memorandum was one of many documents that Sysco has filed in its fight with the Federal Trade Commission’s over whether it can merge with No. 2 U.S. Foods.

In a press release issued on Wednesday, Sysco said the FTC erred in claiming there was a national market for food distribution. According to Sysco, even big nationwide chains and industry purchasing groups may buy from a variety of distributors, many of them regional.

Sysco also said the FTC erred in its analysis of local markets, calling them “highly competitive.”

“In one instance, the FTC claims Sysco and U.S. Foods would control 100 percent of the market in San Diego. In reality, more than two dozen companies compete for customers’ business in San Diego,” Sysco said.

The U.S. government filed a lawsuit in February seeking to block Sysco’s $3.5 billion takeover of U.S. Foods. The FTC is asking for a preliminary injunction that would temporarily stop the deal while an FTC administrative law judge tries the case.

The FTC has said that it may drop merger challenges if it loses a preliminary injunction fight. A hearing in U.S. district court in Washington begins on May 5.

Sysco President and Chief Executive Officer Bill DeLaney expressed confidence that the companies would prevail. “We look forward to presenting all of the facts in court,” he added.

The companies are the only two U.S. food distributors large enough to offer nationwide contracts to deliver food and other supplies, leading to concerns a merger would reduce competition and give them too much pricing power.

(Reporting by Diane Bartz in Washington and Yashaswini Swamynathan in Bengaluru; Editing by Simon Jennings and Jeffrey Benkoe)