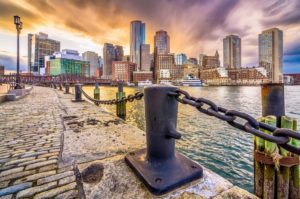 One such way was pioneered by TA Associates. The firm is targeting $1.5 billion for its second fund that will reinvest in companies being exited by the main fund, sources said, confirming an earlier Wall Street Journal report.

In a sense, TA is doubling down on assets it believes have more room for growth, while still reaping liquidity on the sales to deliver back to investors in older funds.

“GPs are trying to justify a price, and with valuations so high, especially for value managers, they haven’t been able to get anything done at compelling prices, so plowing more money back into a platform they already know is one way they deal with these valuations,” said a limited partner who has heard TA’s fund pitch.

Insight Partners also is in the market with a fund to cling to assets in which it wants to ride growth. Insight Venture Partners X Follow-On Fund, targeting $1.25 billion, will make primary and secondary investments in portfolio companies held by its tenth flagship fund.

The Insight fund is tailored to the firm’s specific strategy, which focuses mainly on taking minority stakes in businesses, rather than acquisitions for control. The firm saw the need for the fund because it deployed Fund X quickly with not much in reserve to invest into subsequent funding rounds, Buyouts previously reported.

The first Select Opportunities Fund has been performing well, according to the LP. “It’s just recognizing value improvements, but all signs are, those things are going gangbusters,” the LP said.

Last year, the firm used the fund to reinvest in MRI Software as part of a larger transaction in which Harvest Partners invested in the company. Harvest joined TA and GI Partners as investors in the company, which provides real estate and investment management software to real estate owners, investors and operators.

The strategy comes with risks, as TA outlined in its Form ADV, including the challenge of generating high returns on companies that have comparatively higher enterprise values than those that the main fund targets. “The possibility of generating breakout returns is less likely,” according to the Form ADV.

Other risks include potential conflicts of interest with third-party investors that already have a relationship with TA through prior investments; a potentially limited number of opportunities, especially considering each deal would require a third-party lead investor; and TA’s reduced influence on the investments as a minority investor.

TA and Insight are raising innovative funds for ways to keep hold of growing assets. Other GPs are making use of the secondaries market to extend holds over companies they’ve held for only a few years.

And a handful of firms have raised actual long-hold funds, though those pools generally focus on different assets than the high-growth type companies that are the focus of the double-down funds.

“You want to hold your winners, they can be productive return-generators for investors, and private equity structures don’t allow for really long-term holds,” said an LP consultant who is studying the trend. “I don’t conflate this with long-dated funds.”