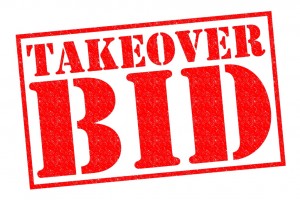 With debt distress mounting in the energy sector, EIG Global Energy Partners embarked on a hostile takeover that may set the pricing tone for energy firms impacted by the sharp drop in oil prices.

The offer, which was set to expire on February 10, would effectively give control of the company to EIG, which has assets under management of about $14.3 billion.

So far, Pacific E&P has held off on accepting the deal as it studies its strategic alternatives. The offer requires approval of about 80 percent of Pacific E&P’s bondholders.

At press time, Pacific E&P had won an extension on some payments, but debt rating agencies anticipate a default, which could be followed by a complex bankruptcy proceeding as bondholders attempt to recoup their losses.

Pacific E&P has seen its fortunes decline since last May, when it accepted an offer from Harbour Energy and Mexican conglomerate Alfa SAB to buy its debt for about 94 cents on the dollar. Harbour and Alpha dropped their takeover plan for the company last July, as oil prices continued to weaken. A month later, the company changed its name to Pacific E&P after calling itself Pacific Rubiales Energy Corp. The company’s debt level tipped the scales at $5.4 billion as of September 30.

At this point, 17.5 cents on the dollar may be the best price Pacific E&P can get, unless oil prices rebound significantly in the near future. While the debt price appears low, it’s still above the trading level of 13 cents on the dollar when EIG made its offer on January 13, according to a statement from the firm.

“EIG, through Harbour Energy, is uniquely positioned to support Pacific E&P in making the necessary financial and operational decisions to restore Pacific E&P’s credit quality and allow the company to get back to the business of growth,” EIG CEO Blair Thomas said in a prepared statement.

At last check, Pacific E&P faced a February 26 liquidity deadline, which had been extended in the past. So far, no other offers appear to have been made. Pacific E&P shares on the Toronto Stock Exchange closed at C$0.64 a share on February 9, compared to a 52-week high of C$6.38.

With debt downgrades and other distress working its way through the energy sector, many private equity-backed players may soon face a similar reckoning.

Some of the recent names with downward ratings bumps — in February alone — include AmeriForge, a maker of components for the energy sector backed by First Reserve; Linn Energy, an oil and gas producer backed by Quantum Energy; Comstock Resources, an oil and natural gas specialist backed by Kohlberg Kravis Roberts & Co; and MEG Energy Corp, a Canadian oil sands producer backed by Warburg Pincus.

To be sure, just because debt of these companies got downgraded, it doesn’t signal a situation as dire as Pacific E&P. But more distressed companies will likely emerge in the coming months.

The question remains whether these deals will reach the right dollar-for-debt price for the parties involved, or if it all gets hashed out in bankruptcy court.

Apollo Global Management’s latest take-private deal appears to check off its value-pricing requirement, with the firm led by Leon Black teaming up with Vistria Group and Najafi Cos to pay $1.1 billion, including debt, for Apollo Education Group Inc, operator of the University of Phoenix.

With projected 2015 EBITDA of $220 million, the deal values Apollo Education Group at about 5x EBITDA, according to estimates from Thomson Reuters. (Even though they share the Apollo name, Apollo Education and Apollo Management have no previous relationship.)

Apollo Investment Fund VIII LP, the $18.4 billion fund raised in 2013, has been buying out companies at about 6x EBITDA, compared to around 10x EBITDA or higher in the private equity universe, Apollo has said.

For public shareholders, the take-private deal delivered a nearly 25 percent pop to $8.65 a share on the day the acquisition was announced on February 8. The purchase price of $9.50 a share amounts to a premium of more than 37 percent over the company’s level of $6.95 on the last trading day before the deal was announced.

Overall, Apollo Education Corp’s share price had been under pressure for several quarters in the face of government scrutiny of the for-profit education space. A year ago, the stock traded at more than $25 a share.

While take-privates like this have been rare, the recent stock market sell-off may provide an entry point for more private equity firms to deploy their formidable supplies of dry powder. It all depends on whether PE firms see value that public investors may have missed.