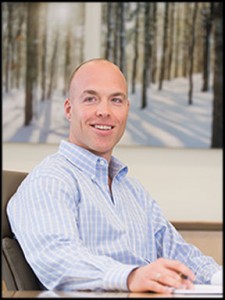 Could you talk about the fundraising environment and let us know how much capital you drew in for this fund?

We started fundraising in 2007 and it was a fairly healthy environment overall. We were facing the challenge of raising money as a first time fund, however, which is never easy. We ended up raising $281 million and it took about 10 months to reach final close, which occurred in May 2008. What helped tremendously was that, by the time we hit final close, we had already completed two investments and were about to complete a third. Investors had visibility into how our fund would be constructed. We were fighting the typical first-time fund red flag of senior members of the firm not having worked together before. But by completing several investments prior to the final close, we were able to demonstrate that we could work together effectively and that we had a compelling business model.

It was a busy time in the buyout world to launch a new fund. Was it hard to stand out in the clutter?

It wasn’t easy. We were helped by our focus. Early on, we said we’d focus on oilfield service companies in the lower to middle market. Investors responded well to that. We also demonstrated that we could structure the fund around our oilfield services focus, ranging from our network to our dedicated research team. It was clear that we staffed the firm to align well with our investment thesis.

Could we back up a bit and go over the formation of your firm?

We informally came together in 2006 to form Intervale. My current partner, Charles Cherington, came from a buyouts background and had some investments in oilfield services. I had come from a generalist buyout background, and was mainly involved in industrial deals. While we had different work histories, we shared an interest in focusing our investment activities on one area—especially one where there was not an abundance of capital or an ability to easily grow companies. We felt we could differentiate ourselves there.

Some of our first deals were also ultimately our first exits. In our first deal, we merged United Diamond, a Canadian company, with Texas-based Ulterra in 2007. The combined company was called Ulterra Drilling Technologies. One other notable early deal: In June 2008, we purchased Casedhole Solutions, a wireline services company. Those deals were also our first two exits, and the first tangible results of our business model. We had to wait for the end of the downturn to exit those businesses…in 2012. Both businesses collectively represented about a fifth of the capital from Fund I and they ultimately returned the entire fund. Investors were pleased with the results and that helped build momentum for Fund II and Fund III.

You mentioned how you had to sit out the downturn to sell those firms. How else did you navigate the years during and after the 2008 financial crisis?

From a structuring perspective, we were careful not to over-lever our companies going into the downturn. Our overall portfolio simply didn’t have an enormous debt burden to begin with. We also invested to support our companies during the downturn. It was a time when you could hire talented labor and you could find good deals on equipment. We took advantage of those dynamics to reposition our companies in the emerging oil shales. Because of that repositioning and the favorable capital structure of our companies, we withstood the downturn and prospered in 2010 and 2011.

How did the fund shape the evolution of Intervale Capital?

We had a smattering of venture investments in our first fund. Those investments, as a whole, have done fine, but we moved away from that approach in Fund II and Fund III to focus on growth capital and buyouts. Rather than investing in the development of technology, which can take a long time in the oilfield, we looked to differentiate our portfolio companies in other areas. That has included developing our network, bringing on talented managers, building best practices, and helping our companies expand into multiple basins. We’ve raised a cumulative $1.2 billion of committed capital across our three funds. Fund III was raised in less than five months and we closed on $496 million in February of this year.