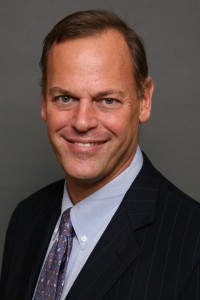 You’re an active member of the Private Equity Growth Capital Council, which has been working to raise awareness of the positive aspects of the business. On your website, your firm publishes statistics on the number of employees that you hire at all of your portfolio firms. Why do you do that and do you think the rest of the industry should do that to boost its image?

At the end of 2008, after the financial markets crashed, there was obviously a great deal of social anger about who caused it and who’s to blame. We just wanted to be on record for ourselves, our kids, anybody who wanted to read – what we actually do for a living. So we started to collect what we think are common sense statistics about what New Mountain does with our companies. We put them out in the early part of every year. The key metrics are that we’ve added or created more than 14,000 jobs at our companies, net of any job losses. They pay significantly more than the national average, because these are high-margin, high-growth companies. We’ve spent $1.8 billion on R&D and software development and capex. We’ve never had a bankruptcy. We’ve never missed an interest payment. So we’re building businesses and you inherently have good social metrics if you’re building good businesses.

I’m the leader of the Growth Capital wing of the Private Equity Growth Capital Council – which is the leading industry association. They added the name “Growth Capital” to the name partly at my request when I joined. And I have been encouraging other funds to make the same sort of reports, because I think there could be some very good stories.

People haven’t even been getting the good stories out about private equity. Part of the thing the industry association is doing,… for example, is helping Congressional representatives understand which companies in their district are owned by private equity. We owned a business that was Employer of the Year in North Carolina. No local, elected official in North Carolina would ever think to associate that with a private equity firm, unless you specifically tell them, “hey, come visit this company and see how good it is and see how many jobs we’ve added in your district, and by the way, it is owned by a private equity company that has been increasing the growth, not killing the growth”. This was Inmar…which was a Fund II company. Those are the sort of examples that people don’t really understand sometimes about what private equity does and can do.

Could you talk about your vintage 2005 fund?

Fund II began in January of 2005 and it was fully invested by August, 2007.  What’s interesting about it is that if any sort of fund was positioned to be crushed by the Great Recession, it would have been this fund, because we had put all the money to work by the end of ‘07 right before the 2008 crash.

Were LPs pretty familiar with what you were offering? Was it relatively easy from what you remember?

Could you talk about key deals for the fund? What were your first major deals?

There were eight transactions – eight platforms – we did some add-ons, but we think of it as eight companies in that fund. The first two that we did — we announced them to LPs on the same day — were MailSouth Inc and Deltek Inc. One of the things we’ve stressed back from the beginning, and one of the reasons people like us…we’ve never had a bankruptcy, we’ve never missed an interest payment. I’ve been doing private equity since 1981 and I’ve never missed an interest payment to a third-party lender in my career.

Do you ever miss a credit card payment at home?

[Laughs]. If I do, I’ll make it up the next month! We’ve always said that returns are best made through business building and growth rather than through debt and risk, and that’s been very consistently our message ever since we began the firm 13 years ago.

So how did that approach help you in the financial crisis?

In the financial crisis, when we bought eight companies in Fund II, we had no debt in the initial acquisition structure in four of the eight — we acquired them debt free. We have almost never gone beyond 4x debt to EBITDA in anything we’ve bought in the history of the firm. Basically, we are pretty moderate on debt. The reason we went through the financial crisis in very good shape…is because we start with industry identification of what we call “defensive growth” spaces. We pro-actively seek out the niches of the economy that we believe can grow whether the macro economy is good or bad. That’s our whole fundamental ethos here. And so we pick those sectors, we get very deep within the sectors and therefore we had a very acyclical portfolio of companies that continued to grow through the Great Recession.

Any notable exits? We’ve written about Deltek, which was the Buyouts magazine 2013 Large Market Deal of the Year.

You do mostly b-to-b but not many b-to-c?

We don’t do a lot of well-known consumer names. We’re looking for defensive, consistent growth industries, so when we looked at Deltek, which is a software company, they had the safety of 9,000 clients paying maintenance contracts every year. We looked at MailSouth — they were the alternative for advertisers in local newspapers that were in decline, and they were the alternative way that was growing. So we had a media advertising company that actually grew during the recession, while every other form of media pretty much declined, because we picked the sector ahead of time, and chose a sector that had those sorts of characteristics and then found MailSouth. We didn’t just react to a memo that came in from an investment banker.

Anything else about that fund? Did you move up to bigger deals after that? Any other legacies of Fund II?

We had the same strategy of defensive growth and business building since the firm began. Starting in Fund II, we could buy the same sort of companies that we bought all through Fund III, and that we hope to continue to buy for many years to come, which is generally the $300 million to $500 million size enterprise companies.

Are we in an asset bubble right now? And what are you doing right now to position for it? What do you think of some of the financing structures you’re seeing right now?

I do think that a lot of the valuations in the stock market today – the public equity markets – are being driven by the liquidity from the Fed, and that’s clearly driving valuations in lots of different areas. From New Mountain’s point of view, we’re trying to use the best features of that situation, and avoid the worst features of that situation. So the best feature of that situation is when we do borrow, we’re able to get low rates, no covenants, keep moving our interest rates down, but on the other hand, we borrow much, much less than is available to us.

On the acquisition side, we are selling companies in auctions, but we’ve been able to not have to buy that way, because we’ve been able to team up with the owners of the business who care about what happens to the business after the sale, usually because they’re keeping a meaningful minority stake and look to us as their strategic partner to actually add value and build the business. The thing that’s really happened more and more with New Mountain over the years is, we’ve always talked about growth and business building, but our capabilities to do it have gotten better year after year because of the growth and maturity of our team. We now have about 20 people on our team who are former CEOs or COOs or operating consultants. They’re all mixed in. A lot of us come from family business backgrounds, and everybody here has a real operating, family business-type psychology, but we’ve mixed in traditional private equity people seamlessly with what you would think as operating people. And we also really specialize in these niches that we pick. So there’s a reason for sellers to choose us without an auction.

You really buy companies without an auction? Some may say that’s nearly impossible?

Two thirds of our companies had no auction process at all. We found the owner before there was a process because we were working in his industry and we got to know the owner. One third started as auctions, but rather than having to go to the normal finish line and bid at the last day rule, we’ve been able to convince the decision-maker that we had something special to offer and to go off to the side and make an arrangement with us. We’re allowed to buy at auctions, but we just haven’t had to. There are many companies that we do like that go into auctions that we don’t buy, but we’re only trying to buy three or four companies a year.