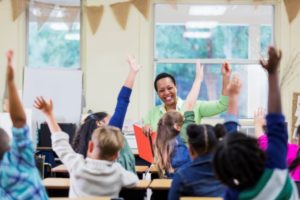 American teachers’ pensions appear to be standing firm on their private equity programs following the release of a scathing report from the American Federation of Teachers calling into question the asset class’s actual performance and effect on society.

The report, “Lifting the Curtain on Private Equity,” was written by City University of New York professor Samir Sonti and co-published by the AFT and the education fund of Americans for Financial Reform.

Private equity performance has not been as strong as the industry claims, and the asset class in general does not have a strong long-term outlook, according to the report, which was drawn mostly from previously-released studies, including the work of prominent industry critic Ludovic Phalippou.

The report also criticizes the private equity industry’s high level of risk and overall effect on society, which it asserts may threaten teachers’ pensions and other parts of the public sector.

“This report exposes how the industry has failed to match its rhetoric with reality and has instead introduced countless investment risks we should be trying to eliminate,” said AFT president Randi Weingarten in a press release. “Pension trustees have the power to engage with private equity managers and demand accountability, on behalf of the tens of millions of public employees hoping to retire with dignity and grace.”

The report also calls for the regular reporting of private equity fees based on standards from the Institutional Limited Partners Association.

Teachers’ pensions reached by Buyouts seemed receptive to its concerns, but generally willing to stick with the asset class.

California State Teachers’ Retirement System, the largest teachers’ pension in the country and the second-largest public pension overall, has been investing in PE since 1989. It provided Buyouts a 2016 analysis by consultant Meketa Investment Group which found that compared to a public market equivalent, the pension’s PE program had earned $13 billion in additional value through 2015.

“CalSTRS stands behind our private equity program, which, due to our size, is able to negotiate lower fees and costs than most,” a spokesman told Buyouts via email. “We have one of the few funds that measures all of our costs per asset class annually, including private equity fees and carried interest.”

“We strongly support efforts to increase transparency in private equity and reduce risks to retirees,” said Hazel Crampton-Hays, a spokeswoman for New York City Comptroller Scott Stringer, who oversees the city’s teachers’ pension, in a statement. “We have already adopted practices to improve reporting and accountability for our managers, and we will review the report’s findings with our trustees.”

Steve Esack, a spokesman for Pennsylvania Public School Employees’ Retirement System, said the pension was also reviewing the report. He also cited another report on private equity released in March which the pension was reviewing, this one from consultant Cliffwater and titled “Long-Term Rewards from Private Equity.” That report argued that private equity had returned in excess of public markets over the last two decades.

American Investment Council, a private equity industry advocacy group, released a statement in response to the AFT report calling it a “misleading report that threatens the retirements of teachers across America.”