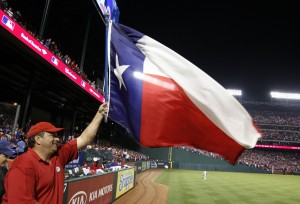 Texas Municipal plans to commit some $300 million to $550 million per year to reach its 5 percent target allocation, and as much as $300 million by the end of this year, said Christopher Schelling, who joined the retirement system this January as director of private equity.

Look for Texas Municipal to make its first commitments in the fourth quarter. Figure on commitment sizes of $50 million to $75 million, although some could fall above or below that. Schelling said debate continues at Texas Municipal over whether go in the direction of larger commitments to fewer managers (in part to enjoy savings on fees), or toward smaller commitments to more nichey managers, or somewhere in between.

Texas Municipal this March issued an RFP for a non-discretionary advisor to help source and select private equity investment opportunities. Schelling said the other three semi-finalists – Cliffwater LLC, Meketa Investment Group and TorreyCove Capital Partners – were all strong. But StepStone distinguished itself in part on the quality of its research department, he said. “They cover a lot, and they do it all very deeply,” Schelling said.

Schelling said he views StepStone as an extension of the Texas Municipal private equity staff, and that he expects to be involved in taking manager meetings.

In the early going Texas Municipal plans to emphasize direct lending, private debt and secondaries. Such strategies should help mitigate the J-curve effect in the early years of the program, since they tend to return money earlier than other forms of private equity. The pension fund also has an appetite for low-cost co-investments.

Over time, according to Schelling, Texas Municipal intends to build a diversified portfolio that includes exposure to buyout, growth equity and venture capital both in the United States and beyond.

It will be open to pitches from emerging managers. “We don’t have a dedicated emerging manager mandate,” Schelling said. “So we would consider them in the context of the broader private equity portfolio.” He added that emerging managers would be judged on the same criteria as other firms, such as pedigree and track record of the investment team.

Along with the 5 percent target allocation to private equity, Texas Municipal has about 5 percent of its assets in real estate and 5 percent in real assets, although Schelling said to expect changes in the how those allocations are invested.

Does Texas Municipal worry about breaking into private equity at the top of the market? Schelling said he naturally has some concerns about that, and in particular with high valuations being paid for deals. But he pointed out that much of the latest fundraising boom has been driven by recycled distributions, as opposed to new allocations. By emphasizing secondaries early on Texas Municipal should be able to get in on the distribution boom as well as gain some immediate exposure to a mix of vintage years (when prices were lower) and investment strategies. Ramping up the program over the next five years, and backing a broad array of strategies, from turnarounds to venture capital, should also help mitigate risks, he said.

As of year-end 2013, Austin-based Texas Municipal administered retirement plans for 850 member cities serving more than 45,000 retirees. The board approved an allocation to private equity about six years ago after a statutory change paved the way for the retirement system to shift from a portfolio focused almost exclusively on fixed income to a more conventional asset mix.

Texas Municipal joins a number of other retirement systems and endowments in the state with significant private equity programs, including Texas County and District Retirement System, Teacher Retirement System of Texas, and University of Texas Investment Management Company.

With private equity the retirement system aims to beat the Russell 3000 by 3.5 percentage points.

The allocation “is pretty non-controversial here,” said Schelling. “It’s unambiguously intended to be the highest return driver in the portfolio.”

Action item: Go to www.tmrs.org website to learn more about how to get on the pension fund’s radar.