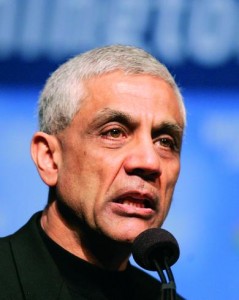 Coal is like fast food. It’s cheap, plentiful, and relatively accessible for everyone. Unfortunately, it causes significant pollution, as well as extensive land and water damage. The Energy Information Administration (EIA) predicts that coal consumption worldwide will nearly double from 2003 to 2030. The EIA notes that: “Coal has the highest carbon intensity among fossil fuels, resulting in coal-fired plants having the highest output rate of CO2 per kilowatt-hour.”

Coal is responsible for 32% of total energy-related US carbon dioxide emissions as opposed to 32.7% from transportation. In essence, coal plants are responsible for as much CO2 as every car/truck/plane/train in the US combined.

The effects of coal are felt beyond greenhouse gas emissions. Data from the Environmental Protection Agency shows that fossil fuel (mainly coal)-powered plants are responsible for two-thirds of SO2 emissions, a major cause of acid rain. These plants are also responsible for 23% of NOx emissions, which lead to the formation of ozone, more commonly known as smog.

The USA has plans for 150 new coal-fired power plants. The EIA estimates that by 2030 CO2 emissions from coal-fired plants in the US will increase by around 50%. These plants will require a capital investment of US$145bn ushering in a “coal rush”. Many perceive this as a problem – we see an opportunity to solve the coal problem with better alternatives. If we fully take into account the risks and total costs of coal, this rush to coal can be changed. With a proper assessment of the risks and full accounting, renewable power sources are likely to be cheaper and more attractive.

Counting the cost of coal

To limit greenhouse gases either a carbon tax or cap-and-trade scheme is going to be introduced. In both cases, the coal-power producing plants are likely to incur significant liabilities that remain undisclosed and even unquantified for their investors. The US now has in place an emissions-trading programme for SO2 and the effect of emissions caps has already been felt in the power generation industry. There was such high volatility of SO2 prices between 2004 and 2005 that emission prices rose from US$250 to US$750 a ton, and peaked at US$1,600 per ton in December 2005.

Emission caps even affected coal choices – making low-sulphur content Powder River Basin coal extremely popular. PBR spot prices nearly tripled between December 2004 and October 2005. In the near future, given the almost certainty of a carbon emissions limiting programme and the popular clamour for action, similar problems are likely to manifest themselves regarding CO2 emissions – leaving coal plants (and their investors) with significant risk that needs to be managed and hedged.

In other words, a scenario where the impact of carbon is taken into account reduces coal for the most “economic” solution to an inefficient source of power.

What would carbon be priced at?

A price of US$20 to US$25 is suggested by Business Week, based on preliminary data from Europe. The EIA suggests that CO2 emissions could be priced as high as US$91 to US$100 per short ton for targets 7% below 1990 emission levels to meet the Kyoto accord targets. Some power producers have begun to use carbon pricing on their own and while there is a great deal of variation in these values, they have ranged from US$3 to US$61 a ton. This suggests a great deal of uncertainty on the pricing by the power plant generators themselves. And uncertainty means risk – lots of it.