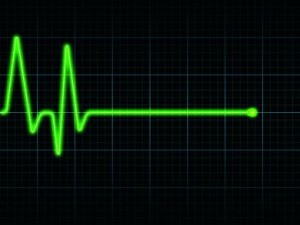 The IPO is dead. Thomson Financial’s February briefing shows that the global equity markets have fallen to a give year low, with new offerings take a massive hit that has led to a fall in the number of IPOs from January to February, the first time this has happened since 1992. Withdrawn IPO volume exceeded completed IPO volume in the same month – 19 new issues were withdrawn which were estimated to have generated US$6.7bn in proceeds. The total number of withdrawn IPOs for the year now stands at 61, totalling US$21.4bn. By comparison only US$5.2bn of issuance came to market in February and the total for the year so far stands at US$13.3bn.

Spencer Summerfield, head of corporate finance at law firm is particularly pessimistic over the state of the IPO market: “What IPO market? Unless you have a spectacular company at a sensible valuation, it’s almost impossible to get away. The problem is no-one knows what’s happening with the markets because they are so volatile. People are hanging on their cash until they know what is happening, and there are some very clever people warning we could be in for a 1930s style crash.”

In the face of such an assessment, the challenge for a private equity vendor is where to turn to achieve liquidity. The IPO market has never been the easiest place to turn, even over the last 12 to 18 months when the economy has been strong and the public markets stable. In the current climate, investors are even less inclined to back new issues, preferring to invest in existing companies in which they already have an investment in. This leaves many private companies, and their backers, without a crucial exit route, and companies that would otherwise have been looking for an IPO struggling to find the growth capital a listing would have given them.

In the US, the problem has given rise to alternative public offerings, which combine a reverse merger into a public shell and a private investment in public entity (PIPE). According to DealFlow Media, in 2007, 222 reverse mergers were completed and 45% of them included a concurrent PIPE, raising almost US$1bn.

Hedge funds, such as New York City-based , have been capitalizing on this growing trend. “Alternative public offerings provide huge value for the shareholders and management of emerging growth companies,” says Kevin A. Pollack, a managing director at Paragon. “These transactions offer these companies the benefits of IPOs that they otherwise could not access—and quicker and less expensively.”

Pollack explains that the combination can be very attractive to private companies starved of capital but which, as a result of this funding deprivation, are not of sufficient size to go public. “The alternative public offering addresses this conundrum by providing promising private companies with access to the public markets and a greater ability to attract capital. By accessing the PIPE market at the time of a reverse merger, newly public companies can raise capital as soon as they go public, which is exactly what would happen in an IPO.”

Pollack argues there are numerous advantages of pursuing an alternative public offering over an IPO. For one, they are much faster to complete. Also, they are less expensive. Thirdly, they are less risky then IPOs. “Alternative public offerings are negotiated between the shell owner and the institutional investors, as compared to an IPO which involves red herrings being distributed to a significant number of investors. The success of an IPO is highly dependent on market conditions beyond the control of a private company’s management.”

In the UK, there are regulatory obstacles to reverse mergers into a listed shell company. It can happen, but there exist a number of regulatory constraints over the execution of a reverse takeover. Any acquisition by a listed company of a business larger than itself is treated as a reverse takeover. They are treated as new applicants and subject to the same technical and documentary provisions as all new applicants – which means having a ‘clean’ three year financial history, an independent revenue earning business, sufficient working capital, and appropriate systems and procedures. For AIM entities, less stringent eligibility criteria apply but a full AIM admission document must be prepared and declarations made in regards to the sufficiency of working capital and appropriateness of systems and controls.

Despite these hurdles, difficult times call for unusual measures, and the benefits of alternative public offerings – to both company managers and private equity sponsors – could prove too plentiful to ignore.