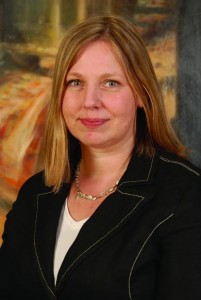 It would be an understatement to say the financial world has changed forever. As the global economy came to a halt in 2008, banks and hedge funds were the first to experience significant turmoil and restructuring. One by one all but a few of the major investment banks crumbled to reveal gaping holes in their balance sheets, swiftly followed by consolidation on a massive scale. As the world reeled, investors lost confidence and hedge funds started to see record redemptions – leading to collapses and gates limiting withdrawals.

Private equity certainly did not emerge unscathed, and on top of the global economic stresses, private equity was already facing its own pressure. With the leveraged buyout business in a trough and severely limited availability of credit, the traditional large buyout model had become unattractive for many participants.

Private equity firms that had historically been involved in the larger, highly levered deals were finding that they could not generate the returns their investors expect. These firms responded to the environment in two ways.

Firstly, they turned to other sources of income. With a number of investment banks apparently fatally wounded there appeared to be scope for new business in what was once investment bank territory.

For private equity firms in particular, this shift seemed to make sense – private equity’s longer redemption terms gave it the edge over other capital providers. In one deal Royal Bank of Scotland’s sale of US$8bn in bank debt to private equity firms, including Blackstone and TPG, saw the borrowers become the lenders.

But these deals have not turned out to be a panacea for the mega funds. Such deals presented a different type of problem and one that is all too familiar to the banks – unpredictable assets and predictable liabilities. What’s more, the timing for such deals was far from ideal.

Secondly, funds such as Blackstone and Fortress chose to depart from the traditional GP – LP structure under which they had long operated – taking their position alongside the investment banks via a public listing.

Although these funds remain apparently wedded to their public listings, there are undoubtedly difficulties inherent in a listed status. These firms are now finding themselves at the mercy of shareholders who value regular fees over variable and volatile commissions.

Shareholder demand means that the larger and now publicly listed private equity firms are focusing on fee-earning work, such as corporate finance advisory services. This takes them away from their entrepreneurial roots of extracting buried value from unlisted companies.

And the tension between shareholders and limited partners also surfaces from time to time – this tension may be what lies behind Blackstone’s decision to decline the SEC’s request for information on its buyout fund performance; presumably Blackstone was wary of the impact on its share price.

Whether this tension can be resolved is unclear. Certainly the timing of the former private equity firms’ IPOs could hardly have been worse with firms now trading at a significant discount to their IPO price.

There must also now be suspicions that governments – having propped up the investment banks – now have an interest in seeing those businesses survive. The traditional investment bank vehicles may have had an unexpected fillip – and this may well be of concern the new public funds.

And what of the rump of the private equity industry? Evolution could take us in two directions.

Will the IPO firms seek to retrace their steps and take their place again among the ranks of the private equity firms – this time focusing on smaller deals and eschewing financial engineering in favour of old-style hands-on management of their investments? Or will they stick it out in the public markets diversifying further and further away from private equity and leaving the smaller firms back in the private equity sphere to recreate the industry according to the original essence of the asset class?

Those they left behind might argue their decision to stick to their knitting in the heart of the private equity sector was a shrewder move than the decision to diversify in order to satisfy shareholders’ thirst for returns.