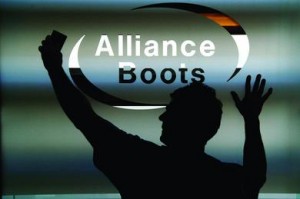 The trustees of the pension fund, led by former Boots director John Watson are demanding a £1bn injection into the scheme from and Boots executive Stefano Pessina – the proposed buyers of the UK-based pharmacist, on top of the £11.1bn offer that has already been made. In a letter from the trustees to 66,710 members of the pension scheme, the trustees said the additional £1bn should be met by a combination of a cash injection to be paid over a number of years and new security. The pension trustees want £500m up front in cash plus other securities to cover the balance because the £8bn debt that KKR would take on to buy the company could weaken it and thus its covenant with its pensioners. In the letter, Watson said: “I have had discussions with the bidders but no agreement has been reached.” According to a source close to the bidder, the upfront payment, likely to be £305m, is still being discussed and KKR are awaiting calculation details from the trustees.

This news comes merely a month after a consortium of , and KKR dropped its £10bn offer for UK grocer when pension trustees insisted on £2bn in advanced assets to cover a pension deficit, which in accounting terms was less than £500m. A source close to the trustees says: “I don’t know if it was the extra £2bn which nailed the lid on the coffin of the deal, but ultimately the consortium couldn’t come up with enough money.” According to a consortium source there were several reasons why the J. Sainsbury deal didn’t work. He says: “Lots of the private equity players walked for three reasons: the pensions fund; the family; and the asking price.”

It is not just the J. Sainsbury deal that was killed by pension top-ups, in June 2004 the £940m offer for UK stationer by collapsed spectacularly when it was revealed that the bidder would need to plug the £250m gap in WH Smith’s pension fund. And Permira dropped the offer. Contrasting the power the trustees held in 2004 at the time of the Permira bid with today, Martin Taylor, former chairman of WH Smith plc and the WH Smith pension fund trustees, and chairman of Goldman Sachs, which was supplying the funding for the Permira bid explains: “When the pension fund asked for £250m, Permira thought that was a starting figure we would be negotiating down from, not what we actually wanted. Under current regulations, the trustees would have to be one of the first parties approached in trying to agree a deal.”

On the same day that Boots letter was sent out, the Pension Regulator, a branch of the UK Government came out in support of UK pension trustees, by issuing a highly significant “clearance reminder” for those considering corporate transactions where there is an underfunded defined benefit pension scheme. This reminder foreshadows the permanent changes in policy that will come into effect in July 2007. It justifies Boots and J. Sainsbury’s requests for additional funding for healthy pensions by saying “trustees in these circumstances should consider seeking materially enhanced mitigation such as additional contributions to the scheme or rights over assets in excess of FRS17/IAS19 – the accounting levels that were considered acceptable under 2005 guidance. And corporate transactions, particularly highly leveraged buyouts or where the removal of assets will result in a significant weakening of employer covenants regardless of the funding position of the scheme, should seek clearance [from the regulator]. Underfunding could trigger a contribution notice – a summons of money, from an employer or connected or associated party”. It is unlikely that contribution notices will be issued as the Pension Regulator’s spokeswoman, Amy Balchin, confirmed that the regulator has never issued a contribution notice but it has issued a couple of warning notices.

For the 10,000 British companies that once offered defined benefit or full salary pension schemes to their employees a large burden which lasts for many years is unavoidable and ultimately the point of this regulation is to protect pensioners. But whopping, great big pension deficits, coupled with new funding guidelines are another poisonous pill for buyout houses to swallow. Of course pension deficits are not ‘poison pills’ in the traditional sense that they can be used to avoid a takeover but the new guidelines to seek enhanced contributions and the billion pound plus price tags that are associated with these contributions can serve the same purpose as a poison pill – stopping a takeover. A private equity source says: “Pensions absolutely are a poison pill. They won’t kill the Boots deal but the pension trustees certainly did put a stop to the WH Smith’s takeover.” Now that regulatory clearance is recommended for leveraged buyouts of companies with pensions deficits, it adds another hold-up to deal completion in the UK. Balchin says that in the best-case scenario where the employers, new buyers and pension trustees are all in agreement, clearance can take as little as two days. But in cases where the pension trustees don’t know about a proposed takeover or don’t agree on the funding levels, the process can take months. Peter Linthwaite, chief executive of the British Venture Capital Association, says: “Pension fund deficits are a major factor in deal analysis. Of course the interests of pensioners are important, but we don’t want unreasonable demands.”

This pension tension is yet another contributing factor to the UK’s unpopularity in the buyout market. The UK, which was once the darling of the European deals, has been removed from the top of the league tables. The opening quarter of this year for UK buyouts was the worst in three years as the market crashed to just £3.4bn following the record of £9.3bn of deals completed in the closing three months of 2006, according to research house . Tom Lamb, co-head of Barclay’s Private Equity – which co-founded CMBOR, says: “It is astonishing to see how little private equity activity there has actually been in the first quarter.” It is possible that the total 2007 deal value could be blown out of the water by one or two high profile mega deals but “it remains to be seen whether the private equity houses will pay a sufficient premium to allow some of these larger take-privates to actually happen”.

The CMBOR research is actually the second statistical report revealing a reversal of fortune for the UK market. The first came courtesy of the European Private Equity and Venture Capital Association () at the start of the year in the 2006 EVCA Benchmarking Study. This study compares the tax and legal environment for LPs, fund managers and investee companies to determine the attractiveness for private equity in different countries across Europe. This report saw the UK tumble from the poll position in Europe, which it held in 2003 and 2004 (the research was not done in 2005) to third place behind Ireland and France.

It is important that pensioners are protected and that the promises made to them are kept but trustees should not sacrifice the good of their current employees for those of the past. Current employees want to work for a strong and growing company and to make that a reality, buyouts are necessary in some cases and trustees shouldn’t be allowed to hijack deals.