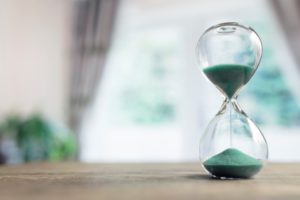 Institutional investors need to monitor movements of their illiquid portfolios as public markets holdings drag down the total value of their funds. But whether they should make any moves with their private equity holdings will depend on where those portfolios were when the crisis began, sources tell Buyouts.

“If somebody was right on target and had a relatively narrow target range, I think it’s certainly possible, even probable, that they’re above that range right now,” said Todd Silverman, a principal and private markets consultant with Meketa Investment Group, which advises major institutional investors.

The denominator effect refers to the dynamic where an investor’s private equity allocations can grow larger than their policy allows due to losses on the public equities side. This may require investors to quickly tinker with their private equity portfolio to get back in line with their target range.

Silverman told Buyouts that one of the best arguments for caution right now is the lag between public markets and private markets, which can sometimes take months to work itself out. “What looks over-allocated today probably is based on the muted volatility of the asset class,” he said.

“The private market allocations are going to come down as well. For those who can still afford the illiquidity, who have policy ranges that are wide enough to withstand short-term volatility in respect to exposure, all else equal we are recommending that people stay the course for the most part,” Silverman added.

Last week, California Public Employees’ Retirement System chief investment officer Yu (Ben) Meng warned its board that, after losing tens of billions in value due to declines in public equities, its allocations were “deviating away” from their target ranges, as Buyouts reported.

However, the pension’s private equity allocation was already underweight, at 6.6 percent versus an 8 percent target, giving it room to grow. (Meketa is CalPERS’ private equity adviser, but Silverman could not speak specifically about any of its clients).

While the secondaries market may be alluring, Silverman said he did not recommend secondaries sales now, though it may have a better outlook in the near future. Besides slowing or stopping commitments, there was not much else to be done immediately.

“It’s one of the reasons that we try to be mindful of how long-term these allocations are to begin with, and make sure there’s…appropriate risk tolerance and appropriate liquidity elsewhere in the portfolio to be able to withstand what we hope would be relatively shorter-term volatility,” Silverman said.

Meng told the CalPERS board that investment staff had “significantly improved our liquidity management” as one way of mitigating the issues with the market volatility.

“We are pleased to report our balance sheet liquidity for the fund is very healthy,” he said.