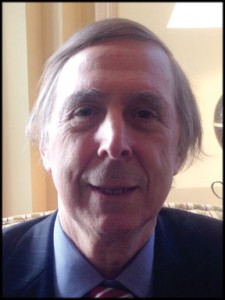 We asked private equity executives at our mid-November Buyouts Texas conference what they thought about the looming deadline, the possibility of a grand bargain, and whether Democrats or Republicans have the upper hand in forthcoming negotiations.

You can resolve the fiscal cliff without dealing with any of the main issues. You can resolve it by just maintaining the status quo, kicking it down the road and leaving it to the next Congress. So the fiscal cliff can be resolved with no pain, but resolving it won’t resolve our nation’s fiscal problems. The issue is whether you address the short and long-term issues of the economy.

The fiscal problem, which is different from the fiscal cliff, is that the level of government spending exceeds the economy’s ability to generate economic growth. The long-term fiscal problem is that my generation extracted promises on our behalf and stuck later generations with the bill without giving younger generations the income-generating capacity to meet those promises without reducing their standard of living. The intermediate-term fiscal problem is with the current level of government expenditures. Instead of paying taxes today to pay for these expenditures, we borrow, which increases taxes in the future. We don’t recognize that borrowing is also a tax increase.

I don’t think anything will happen to resolve the fiscal cliff before the year ends. My guess is that this will get resolved sometime next year, or deferred for another year. Ultimately, I think carried interest will become regular income.

The two parties and the president are farther apart that their public statements indicate. Some of the reasons for this are the massive cuts in spending, which we’ll need to do, as well as increases in revenue, which we also need to do.

There will be a bunch of posturing, a bunch of rhetoric, as we’ve already seen with House Speaker John Boehner putting a line in the sand and Obama saying that he’s not going to budge. So the most likely outcome is another short-term bridge, with Congress doing what it usually does—delaying the decision and pushing back the deadline.

But I don’t think we will go over the fiscal cliff.  We will keep everything basically as it currently is and extend the Bush tax cuts for another six to 12 months, and then come to some other solution. But I still don’t see that ultimate solution entailing any significant tax increases. They’ll find revenue elsewhere by closing loopholes. The biggest sticking point is obviously increased taxes on families making more than $250,000. I think there’s a chance that Republicans will agree to that, but they will want to raise that threshold to families earning $500,000 or $1 million.

At the end of the day, this will be resolved. It has to be. The alternative is too politically damaging. Not resolving the fiscal cliff is just outside the realm of possibility.

I think there will be a compromise that will involve higher taxes on wealthy people, but I’m optimistic that there will also be some long-term changes to entitlements that are less painful and less immediate, but important. The critical question is whether those changes will stick, and I think they will. I think the fiscal cliff is just the first step of a long battle.

In the end, I think they’ll create enough room to come up with a kind of grand bargain.

Edited by Greg Roth for clarity