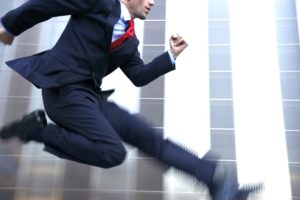 TPG raised more than half of the target for its latest flagship buyout offering and affiliated healthcare pool with the help of a broader and reconfigured LP base.

Commitments were made in “rolling first closes that began at the end of the second quarter and finished after quarter end,” he said. This also happened with TPG’s third impact vehicle, Rise Fund III, which brought in $1.6 billion of a $3 billion target.

The firm is “very pleased with our strong start,” Weingart said. It at the same time recognizes the “remainder of our fundraising campaigns may be extended for reasons that have been well discussed across the industry.”

Perhaps because of this, TPG does not expect to close TPG Partners IX, TPG Healthcare Partners II and Rise Fund III by the end of 2022, he said. They should instead “extend into next year.”

Private equity fundraising declined in the North American market in this year’s first half, according to Buyouts data. Some 417 funds brought in almost $255 billion, down 18 percent year over year.

These data provide additional evidence of a slower fundraising pace, due to challenges first perceived in early 2022. They include a change in dynamics, as proliferating fund products in a crowded marketplace meet reduced supply created by over-allocated LPs, especially among US pension systems.

TPG’s initial fundraising success owes much to an expansion and reshaping of its LP base. This includes greater reliance on global investors, helping to compensate for US-centered allocation issues.

“We’re definitely seeing a bit of a mix-shift in the LP base,” Weingart said, “given that the current dynamics in the fundraising market are affecting some segments of the market more than others.” The LP base’s composition is as a result “much more international this cycle than it was last cycle.”

Commitments made to TPG Partners IX and TPG Healthcare Partners II, for example, reflected about 35 percent “domestic US capital,” he said. This contrasts with their predecessors, where the share was roughly 47 percent. Pension plans are also contributing slightly less money to the latest vehicles, while sovereign wealth funds are contributing slightly more.

In addition, TPG is introducing new LPs, Weingart said, accounting for a “substantial portion of our fundraising process.”

TPG is not the only large GP that is relying more on first-time and overseas investors to sustain fundraising momentum.

In its second-quarter earnings call, Apollo Global Management said “strong support” from new and existing LPs, “especially from outside” the US, was a factor in the $13 billion collected against Apollo Investment Fund X’s $25 billion target.

TPG Partners IX and TPG Healthcare Partners II are part of the firm’s capital platform, which today oversees assets of $62 billion. The strategy is focused on large-scale, control-oriented investing in core sectors like consumer, healthcare and technology. Another PE offering, TPG Capital Asia VIII, is expected to hold a first closing in the third quarter.

The firm raised $12.7 billion of fresh resources in the second quarter, the lion’s share for the capital platform, with total inflows since January totaling $18.2 billion. Managed assets stood at $127 billion, up 17 percent from a year earlier.