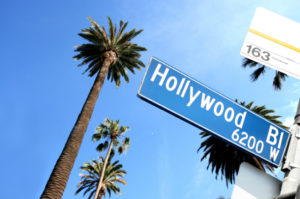 TPG is exploring a way to keep hold of its investment in Hollywood talent powerhouse Creative Artists Agency while allowing investors to cash out of the company, four sources told Buyouts.

The firm is running a process known as a single-asset secondary on CAA, which is held in the firm’s sixth fund. TPG first invested in CAA in 2010, and then boosted its stake above a majority hold in 2014.

TPG is working with Park Hill as adviser on the transaction, which is live in the market, sources said. Generally a lead investor or investor group will take a big chunk of the deal, which in this case is likely to total more than $1 billion. A lead buyer on the deal has not yet emerged.

In this case, TPG plans to hold a majority stake in CAA, one of the sources said.

The deal would move CAA out of Fund VI, and allow Fund VI investors to cash out of their exposure to the company, or roll their interests into a continuation vehicle. The continuation fund will have a finite term that gives TPG more time to manage the asset.

TPG is no stranger to the secondary market. The firm last year ran a secondary process on its second Growth Fund, formerly led by Bill McGlashan, who was accused of participating in a college admissions cheating scandal.

That deal allowed investors in the $2 billion pool to sell their stakes if they wanted to at a set price with a pre-arranged buyer, known as a tender offer. Canada Pension Plan Investment Board was the lead buyer on that deal, Buyouts’ sister publication Private Equity International reported last year.

Single-asset secondary deals are a relatively new phenomenon in the market because of the concentration risk they represent for secondary buyers. Traditionally, secondary buyers would not want one investment to represent too much of a fund. Now, with fund sizes growing larger, and with the ability to syndicate larger, single-asset deals to co-investors, such deals have become more popular.

Single-asset deals more than doubled in volume between 2018 and 2019, accounting for 20 percent of the $26 billion of GP-led deal volume last year, according to Evercore’s full-year 2019 volume report.