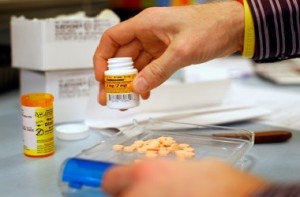 If successful, the deal would be TPG’s the largest acquisition to date in Indian healthcare.

The acquisition talks come as private companies benefit from growing numbers of more affluent Indian patients who are willing to pay for better-equipped clinics given the poor state of public hospitals.

Global Hospitals put up the stake for sale last year. The sources said founder and current chairman K. Ravindranath as well as private equity firm Everstone Capital were among those selling their holdings.

“The talks are quite advanced. This would be a control transaction and could be finalised soon,” said one of the sources. Both sources declined to be named because of the confidentiality of the discussions.

A Global Hospitals spokesman said the company is in talks with “several people” about the stake sale but declined to provide specifics. IHH Healthcare and TPG declined to comment.

Analysts expect private healthcare providers to see growing investor interest, given India’s public spending on health is among the lowest in the world.

Global Hospitals operates five hospitals and three smaller ones across Mumbai, Chennai, Bangalore and Hyderabad with more than 2,000 beds, according to the company’s website.