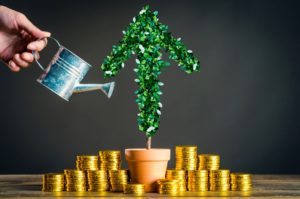 TPG’s Rise Fund II, relaunched in 2019 following the departure of CEO Bill McGlashan, is expected to soon meet its $2.5 billion hard cap, a person with knowledge of the matter told Buyouts.

Rise Fund II is already larger than its predecessor. Unveiled in 2016 by TPG alongside rock star Bono and former eBay president Jeff Skoll, among others, Rise Fund I closed a year later at $2.1 billion, becoming one of the world’s largest dedicated pools for impact investing.

The Rise Fund platform has since committed more than $1.8 billion worldwide (as of Dec. 2019), TPG reported in July. The portfolio holds 30 companies across six sectors, selected because of their potential to deliver measurable social or environmental benefits, as well as competitive returns.

Rise Fund II met with challenges at its outset. Originally set to raise $3 billion, with a $3.5 billion hard cap, the offering hit a roadblock last year when McGlashan was charged for his involvement in the US college admissions scandal. McGlashan departed TPG in March 2019.

Early fund investors were then offered the chance to withdraw. All elected to stay, TPG told Buyouts last October. Rise Fund II relaunched in the wake of TPG’s June 2019 acquisition of Evercare Health Fund, an investor in African and Asian health delivery systems with $500 million in dry powder.

Rise Fund II in the summer made its debut investment, acquiring about 1 gigawatt of solar photovoltaic projects from China’s Trina Solar. The operating, under-construction and late-stage development projects, located in Spain and Latin America, are the first assets of Matrix Renewables, a newly created portfolio company.

Since TPG’s creation of the Rise Fund strategy, impact investing has gained traction in the PE market. Bain & Company in 2019 noted the trend is reinforced by more than 2,000 studies showing a strong correlation between environmental, social and governance funds and positive returns.

Several PE giants recently rolled out their own impact investment strategies. Among them is Bain Capital, which in 2017 raised $390 million for its inaugural Double Impact Fund and this year picked up nearly $600 million for the successor. KKR also earlier in 2020 collected $1.3 billion in the close of its Global Impact Fund.

Others joining the bandwagon include Apollo Global Management, which in September announced the executive team for Apollo Impact, a new platform for impact investing. It will be led by senior partner and Apollo veteran Marc Becker and partner Joanna Reiss, who joined from Cornell Capital.

Brookfield Asset Management also signaled an interest with this year’s hire of Mark Carney, formerly the governor of the Bank of England and Bank of Canada, as head of ESG and impact investing. CEO Bruce Flatt said the firm sees a long-term opportunity of $50 billion to $100 billion, Buyouts reported in October.

TPG’s oversight of Rise Funds I and II is shared by co-managing partners Jim Coulter, Maya Chorengel and Steve Ellis. Coulter is the firm’s co-founder and co-CEO.

TPG declined to provide a comment on this story.