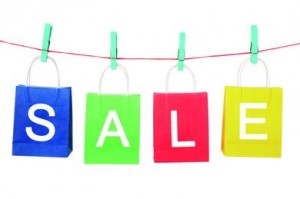 And with credit-crunch-related write-downs reported to be approaching US$150bn, it appears the banks are combing all aspects of their businesses for opportunities to turn illiquid assets into cash. Angela Sormani reports.

In addition, draw-downs from LPs have increased but distributions are not matching the draw-downs and if anything have come to a standstill. Portfolios are therefore swelling with cash invested but have yet to show the returns for it and it is also for this reason that allocations from the banks to the asset class are decreasing.

Andrew Sealey of placement agent and secondary advisory firm , says: “We’ve had more approaches from banks in the last few weeks than in the last two years. Why? Private equity has been a big profit generator for the banks over the past few years, but a number of factors have come together to change that and the easy profits have stopped – distributions from funds and realisations from direct portfolios have stopped and 2008 looks quite bleak. While profits are down the implementation of Basel II has increased the capital cost of holding private equity assets at the same time as banks are experiencing greater strains on their balance sheets”

Marleen Groen of secondaries investor is watching the banking space with interest. “Going forward we expect to see seriously struggling banks selling off their private equity interests to generate liquidity. If they still have significant holdings that is; many have already sold part or all of their private equity portfolio because of Basel II so there is limited stock coming from the banks. Even so, the credit crunch could still result in significant secondaries deal flow.”

There are no such disposals to be spoken of officially as yet and “no comment” seems to be the most likely response to any questioning of these banks’ future plans for their private equity holdings.

Rumoured to be leading the shakeout is , which is reported to be selling over US$1bn of fund interests. These include direct investments made by Nikko Cordial, a Japanese brokerage that Citi recently acquired and a rumoured offloading of its legacy interests in CVC Equity Partners, which spun out in 2006 as Court Square Capital Partners. Citi did not invest in the first independent fund, but still holds older stakes in the business. Likely acquirers of Citi’s Court Square assets look to be limited partners already invested in those funds.

Other players under the watchful eye of secondary market participants include Bear Stearns and Merrill Lynch, but it is also likely that the private equity holdings at such banks may remain where they are for the time being as many are housed in dedicated alternative investment divisions, which are more likely to hold on to the assets.

From the perspective of the banks, the pressure on their capital is quite clear – some have been really badly hit; mostly the US banks – and this may be driving them to release capital wherever they can and if there is sufficient capital within their private equity portfolios then we might well see some hefty disposals of these assets.

An additional pressure on the banks is the implementation of the Basel II Accord, which is currently underway and is currently increasing the capital costs of banks by around two to three times. Although banks that have managed to deliver healthy private equity returns may be more willing to shoulder the extra capital adequacy levels the Basel II Accord entails, for banks that have endured major losses, this added pressure will add as a further deterrent. One alternative for banks in this scenario is to set up fund-of-funds businesses, which allows the managing bank to third-party funds in external private equity funds and collect fees and carry income, yet skirt the protective capital issues of on-balance sheet direct investing.

Taking into account the strain many of the banks are under, some might say euro-focused banks such as have done well to exit certain private equity investments now it is crunch time. Royal Bank of Scotland’s exit of Southern Water, which was announced at the end of last year couldn’t have come at a better time.

A consortium led by won the hotly contested battle to buy the UK water and wastewater management company with a £4.19bn offer. The consortium beat off competition from rival bidders including investment banks Goldman Sachs and Morgan Stanley. The deal got off the ground despite the ongoing credit crunch and at a time when infrastructure assets such as Southern Water are popular with investment funds because they offer secure long-term returns.

But this is all part of the private equity cycle – the banks constantly seem to be getting in and out of private equity and it looks like the same old story. Look at Deutsche Bank with its legacy of Morgan Grenfell private equity investments. Other commentators seem to suggest that secondary sales are essential for a healthy investment portfolio and if you’re not selling secondaries, having been active in the market for some time, then you’re not managing your portfolio actively or effectively enough.

Andrew Sealey confirms: “A major development is the establishment of institutions using the secondary market as a portfolio management tool. This is something we will be seeing more and more of.”

Undoubtedly banks and investment banks are important players in the private equity asset class and will continue to be so. While in many cases banks will possess and sponsor their own private equity operations, a large number also act as a limited partner in private equity funds. According to Private Equity Intelligence, of the overall limited partner universe, banks account for 10% of the total. Significantly, banks contributed an average of 20% of the capital committed to funds that reached a final close in 2006, making them the biggest contributors to individual funds alongside public pension funds.

The contribution made to the private equity industry by banks has been considerable. The average current allocation to private equity of banks is 12.7%, which, although smaller than the average allocations of asset managers and family offices/foundations with averages of 17.2% and 14.8% respectively, is more significant when taking into consideration that the average total assets of banks is far larger than either of the other groups.

All the above bodes for a busy year for banks selling private equity holdings and the secondaries market certainly has the capital to invest. The number of players targeting the secondaries space has increased – there are the ongoing specialist players, the fund-of-funds, the institutional investors and the non-traditional/structured vehicles and hedge funds and it has become a US$20bn-a-year industry.

Stephan Schäli, partner and head of the private alternative investment strategies department at , says of the current investment climate for these institutions: “It is obvious that many financial institutions currently have stretched balance sheets and face liquidity issues. So far most of these institutions have strictly rejected selling assets below par as this would directly impact their bottom-line. However, sooner or later they have to face reality and accept that there was a fundamental pricing shift of sustainable nature and will again become sellers. Financial institutions, particularly banks, are known to be pro-cyclical investors. Having built up significant private equity/debt exposure in late 2006/early 2007 at record high pricing levels, they will soon start selling exactly these assets at more moderate levels.”