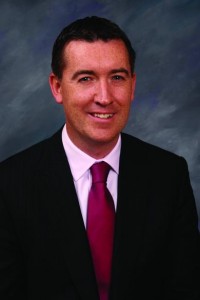 HIG burst on to the European scene during the first quarter of last year, quickly raising an impressive €600m fund and poaching many of the European lower mid-markets’ top players as it began its horizontal expansion across Europe. The fund now boasts 36 professionals across its three European offices in London, Paris and Hamburg.

Paul Canning, managing director of the London office, launched his international career by leaving mid-market private equity firm Gresham, where he was one of the key deal-doers, to help set up the European arm of in February 2007.

Nearly a year after closing its debut European fund, Canning says the firm is still in the process of building its European model.

After initially being approached by a headhunter on behalf of the firm in the US, Canning remained in close contact with co-founder Sami Mnaymneh and between them HIG Capital in Europe began to take shape.

Canning freely admits that he, like many other players in the European lower mid-market space, knew very little about HIG but says he was immediately attracted to the international scope of the business, something not available to him at the more UK-centric Gresham.

In the US, HIG is a prolific, well-established player that was set up in 1983 by co-founders ex-Blackstone executive Mnaymneh and Anthony Tamer, previously from Bain & Co.

Headquartered in Miami, the firm has more than US$4bn of funds under management across a number of different areas, including: private equity, venture capital, distressed debt and public equities, and throughout the years it has retained its loyalty to the lower mid-market space.

As well as the cross-border capability of the new fund, Canning cites the diversity of HIG’s activities in the this space as one of his key attractions to the fund.

“Someone in one of the funds can create value for something in the lower mid-market space” he says. He also cites the relocation of Mnaymneh to London last year as another key factor in deciding to join the HIG team.

Since Canning joined, the main focus has been to build up the teams and recreate the US model effectively in Europe. Although still not completed, the European team now comprises 17 professionals in London, 10 in Germany and nine in France.

The aim has been to recruit locally and “to replicate the US model by keeping the balance between those with operational, consultancy and financial backgrounds” Canning says.

In Paris, one the newest HIG recruit is Olivier Boyadjian, who heads up the French team. Prior to joining HIG, Boyadjian was the head of the investment team at CDC Capital Investissement, managing a fund in excess of €700m. Other team members in France include Patrick Caron (previously with Bank of America Capital Europe) and Thibaud Caulier (previously with PwC).

Following the close of its European fund last July Mnaymneh, said: “As the largest and most active private equity firm focused exclusively on the small cap segment of the market, we believe there is a compelling opportunity in Europe to apply the same principles that have been the hallmark of HIG’s highly successful investment strategy for the past 14 years, namely focusing on the lower end of the middle market [enterprise value below US$200m].”

He added: “We believe there is a significant number of companies in Europe looking for an experienced partner to tackle challenges they face, be they operational or financial, or to fully capitalise on the many opportunities they may have available to them. A number of our most successful investments to date have in fact been in Europe or have had a significant European component to them.”

Since the firm closed its fund the private equity environment has of course changed enormously.

“We are still at the early stages of getting our model up and running, it is still all about HIG and the team; we are not rushing out to write cheques. But we have an interesting pipeline, there is a lot of interplay between the teams and there are on-going discussions with the guys in the US about various opportunities between US and UK businesses. I would say we are definitely in the right position for the next six to 12 months,” says Canning.

He argues that in the current market, HIG’s international scope along with its distressed debt capability, and with it the firm’s ability to underwrite an entire deal, will work in its favour.

“We are sticking to our knitting. We are saying to people that we cover the lower mid-markets, smaller deals up to £100m in enterprise value, whether it be Aberdeen or Southampton,” says Canning.

“We can also add more value to the situation with our international capacity, which is unusual in the lower mid-markets. A business with a £100m enterprise value is still big and many of these companies have to compete globally, so they need an international stage,” he adds.

“We are also flexible with our distressed debt option. Our discussions with the guys in the US have thrown up a number of international businesses with distressed plants around Europe we could potentially back,” says Canning.

“On the banking side, it can be just as hard in the lower mid-markets at the moment in terms of pricing and decision making, so it plays to our strengths – if something needs to be done quickly, we have got the flexibility and we will underwrite the whole transaction, but we won’t do it unless it is the right business with the right fundamentals.”

The firm’s acquisition of Diam is the perfect example of this. , headquartered outside Paris, is a European designer and manufacturer of high quality point-of-purchase displays, primarily for cosmetics, with subsidiaries in France, the UK, Belgium, Germany and Spain, and with new subsidiaries in China and the US.

Last year, Diam’s debt was acquired at a discount from the US banking syndicate involved through HIG’s distressed debt fund in the US. The French team then organised an equity package and took charge of the turnaround process. The whole deal only took 45 days.

“We then refinanced some of the equity with a third-party debt provider six months later,” says Canning. “We are a long-term investor, be it a distressed situation or high growth, we look to create equity value. But if it is distressed, we can turn up and write the whole cheque,” he says.

However, HIG’s first investment from its European fund came in February this year and played to Canning’s buy-and-build strengths picked up from his Gresham days.

The fund acquired , a facilities management company, as it simultaneously made its first acquisition – the first step in an active buy-and-build programme. The overall value of the transaction was £25m.

“Operating under the Europa brand, the company will be able to offer clients a fully integrated range of management and delivery services on a national basis with the capability to tender for a larger range of clients with a higher contract value,” he says.

The business is expected to generate revenues of more than £60m in 2008.

“My buy-and-build background from Gresham will be a continuing theme here at HIG, as in the US we look to longer-term investments sometimes up to 10 years, but classically a four to seven-year hold, which is slightly longer than normal,” says Canning.

“We are looking at less traditional opportunities,” he adds. These are interesting times; deal flow is down and we are looking for classically good companies needing additional capital and some liquidity, which can be harder to come by in the present climate.

“If good companies like Europa have a strong pipeline of acquisitions to grow, we will back them. As with turnaround situations, we are looking for long-term growth opportunities where we can take the business forward,” says Canning.