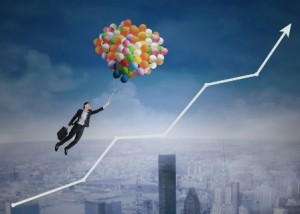 Overall volume still fell short of last year’s second quarter, however, constrained by regulatory parameters on high-risk lending and by corporations favoring cash and equity over debt to fund takeovers.

The loan issuance figures are based on deals completed. Financings for the wave of mergers and acquisitions announced over the past three months could boost volume later this year.

Total completed M&A loan financings sank to $80 billion in the second quarter from about $106 billion in the first quarter and $117.7 billion a year earlier.

The second quarter was characterized by a modest excess of demand over supply, with relatively light new money issuance this year, investors and bankers said.

“There’s been little in the way of traditional LBO [leveraged buyout] activity, and what little there has been in the way of new money new issuance has been corporate to corporate activity,” said John Fraser, managing partner of 3i Debt Management US.

“M&A activity is approaching record levels, exceeding the 2007 pace, so there are lots of deals happening but unfortunately they are at price points where most of the private equity sponsor community really can’t compete,” he added.

Greece’s financial turmoil and the prospect of at least one Federal Reserve rate hike before year-end kept U.S. interest rates relatively low, compelling companies to finance transactions before borrowing gets more expensive and to reduce costs on existing deals.

Companies including discount chain Dollar Tree Inc and pet retailer PetSmart Inc returned to the market to slice yield spreads within months of closing on their massive M&A loans.

“Better quality issuers are still able to reprice loans and do it relatively easily,” said Fraser.

On the investment grade front, borrowing of $188.9 billion rose slightly from $177.8 billion in the first quarter but was below $254.8 billion in last year’s second quarter.

Low-rated companies tapped the leveraged loan market for $233.3 billion in the second quarter, up sharply from $138 billion in the previous three months, though below $260 billion a year earlier.

“Overall, regardless of headlines, it seems to be a borrower friendly market,” said Patrick Pedonti, chief financial officer at SS&C Technologies.

SS&C, now in the market to fund its $2.7 billion acquisition of Advent Software Inc, issued leveraged loans in 2012 to back its GlobeOp acquisition and has since refinanced that debt twice.

“Other than some rough periods here and there, it’s been a fairly good market for corporations,” Pedonti said.

The pipeline for second-half deals is filling with some of the largest post-crisis deals, including loans to back Avago Technologies Ltd’s $37 billion acquisition of BroadCom Corp, the largest merger of chipmakers, and Charter Communications Inc’s $56 billion purchase of Time Warner Cable Inc and $10.4 billion takeover of Bright House Networks LLC.

Investors will make room in their portfolios and be willing to significantly overweight these types of borrowers, if loans price fairly, Fraser said.

“It’s really going to take a broader amount of new issuance to put any pressure on the market, to end the wave of repricings and get the supply and demand equation back closer to balance,” he added.

Repricing could wane in the second half of this year, especially as all of the newly announced M&A deals come to market, a banker said.

While leveraged M&A-related lending was flat at $59 billion in completed deals in 2Q15, recent announcements helped boost the overall institutional forward calendar to a 28-month high of $82 billion, a figure only reached once post-crisis.

Total leverage averaged 6.01 times EBITDA, up marginally from a two-year low of 5.99 in the first quarter, according to Thomson Reuters LPC.

The ratio had been as high as 7.4 times in the second quarter of 2007 before the financial crisis.

“CLO buyers continue to be out in force and retail buying for leveraged loans is starting to pick back up as we get closer to the Fed hiking,” said Michael Contopoulos, head of U.S. high yield credit strategy at Bank of America Merrill Lynch.

“There’s strong demand for the leveraged loan asset class from structured vehicles as well as retail, and that’s in the context of significantly lower issuance,” he said.