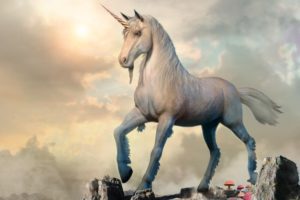 Unicorn just closed its fourth fund at its $350 million hard cap. The fund’s target was $300 million, according to the Utah documents.

Fund III has a 1 percent management fee and a 10 percent carry, according to the Utah documents. Unicorn has a strategic partnership with investment bank China Renaissance, entitling it to a 10 percent carry on Fund III but no management fees. The bank is also an LP in all Unicorn’s funds. The bank will not be directly involved in managing Fund III, the documents said.

Unicorn is based in Hong Kong and was founded in 2015 by Tommy Yip and Kah-Fai Low. It is a fund-of-funds manager focused on venture capital in China. Its previous funds were all focused on Greater China. Each successive fund has invested increasingly in companies with a presence in the U.S. Its most recent fund was 5 percent invested in regions other than Greater China or the U.S.

As of Dec. 31, 2019, Unicorn had $800 million in assets under management, Yip told Buyouts. The firm plans to continue to focus mostly on China.

According to the Utah documents, prepared by FEG Investment Advisors, Unicorn invests across the technology, media and telecommunications (TMT) and healthcare sectors. The firm invests mostly in seed and early stage financing rounds, as well as opportunistically in late stage venture and growth equity.

As of Sept. 30, 2018, Fund II was comprised of 88 percent primary investments, 2 percent secondaries and 10 percent co-investments.

Unicorn’s previous fund, Unicorn Capital Partners II, closed in 2018 at $250 million. Boston-based Monument Group worked as the placement agent on that fund and Fund III. Utah School & Institutional Trust Funds Office invested $15 million in Fund II. It was not clear if the trust invested in Fund III as well, but staff did recommend it do so in May 2019.