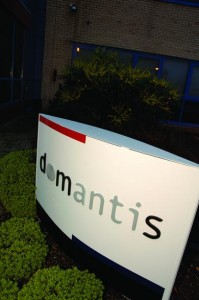 The winners of Venture Realisation of the Year – Life Sciences are, jointly, Novo Nordisk, MC Life Science Ventures (Mitsubishi), 3i, Gray Ghost, Albany Ventures, MVM, and ISIS for the sale of Domantis to GlaxoSmithKilne for €351m, one of the largest ever prices paid for a private European biotechnology company.

Founded in December 2000 by Ian Tomlinson and Sir Gregory Winter with funding by MVM and the Medical Research Council (MVC), Domantis is a drug discovery company developing the next generation of antibody molecules: human Domain Antibodies. Conventional antibody therapies are monoclonal, which are laboratory-engineered versions of natural antibodies found in the immune system. However, due to their large molecular size, their application has been constrained, and are administered either by injection or infusion.

Human Domain Antibodies, or dAbs, are smaller in size, meaning they can be administered topically (applied to the skin) and via inhalation and possibly even orally.

Tomlinson and Gregory worked for the Medical Research Council’s Laboratory of Molecular Biology (MRC-LMB) until Domantis was established. MRC-LMB has been at the forefront of dAbs research since 1989, when scientists there published the discovery of single variable domain antibodies. This discovery led to the creation of an extensive portfolio of intellectual property covering the development and use of dAbs from any species, which is now owned by Domantis, making it the only company capable of fully exploiting human Domain Antibodies. It now has over a dozen proprietary programs, one of which has reached the pre-clinical stage.

Dr. Stephen Reeders, MVM managing partner and Domantis board member said: “We recognised that Sir Greg Winter and Dr Ian Tomlinson were the worldwide leaders in antibody engineering. We worked with the MRC to define a package of powerful intellectual property with which to found the company and provided seed capital. Shortly after that, Ian Tomlinson left MRC’s prestigious Laboratory of Molecular Biology to become the company’s Chief Scientific Officer. We were also very fortunate in finding Bob Connelly to be CEO. He and Ian have done an outstanding job in building technology and commercial value in the company.”

MVM took a 20% equity stake in Domantis, which in total raised around €65m in venture funding. Subsequent funding rounds saw Albany, Gray Ghost, ISIS, Novo Nordisk and MC Life Science Ventures – a subsidiary of Mitsubishi Corporation – climb on board, as well as 3i, which led the series B round in February 2004 and assumed the role of lead investor.

Nigel Pitchford, partner at 3i, said: “The technology platform was truly novel and we felt at the forefront of next-generation antibody technologies worldwide. We had previously backed CAT which, like Domantis came out of Sir Gregory Winter’s lab at the LMB in Cambridge. CAT was a big success for 3i and we hoped Domantis would repeat the same formula. The IP owned by Domantis was also a huge asset as it cornered the market for human Domain Antibodies, and the breadth of the platform meant significant business development deals were possible whilst still retaining the capacity to develop a proprietary pipeline of products.”

When it came to exit, MVM made an IRR of over 150% when it sold it to GlaxoSmithKilne, where it will become part of GSK’s Biopharmaceuticals Centre of Excellence for Drug Discovery (CEDD). Pitchford says: “The successful exit reflects a number of different parameters. One, that antibodies generally are in vogue, particularly following the acquisitions of abgenix and CAT. Two, that many big pharma companies have not moved into antibodies yet and feel the need to be there. However, with the bigger monoclonal antibody companies being snapped up it is the next-generation that these pharma companies are now focusing on. Domantis is at the forefront of this group. Also, the team at Domantis is world-class, and combined with state-of-the-art technology this looked very attractive to a number of potential acquirers. For GSK the benefits were significant as they don’t really have antibodies in-house till now. The locational synergies are also strong and the teams bonded well together.”

It’s also a deal which has got people talking, as Pitchford goes on to explain: “The US$450m paid by GSK is a huge number in this context and is the talk of the biotech market in Europe and the US (as I very much found when I was at the JPMorgan conference in San Francisco in January). It’s the kind of deal that the whole industry talks about because it breaks the mould – and sets precedent for this market going forward. The other big ticket exits seen in the industry this year are undoubtedly excellent outcomes but typically are for companies with later stage products which are easier to value. When there are no value precedents getting someone like GSK to part with US$450m when they don’t really like buying companies is a momentous achievement.”