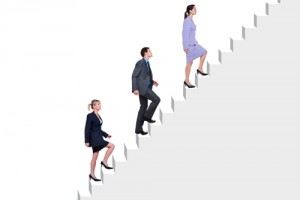 Not only are returns less concentrated in the top 10 annual outcomes, but emerging managers and international investments are responsible for an increasing slice of the performance pie.

This is according to a November study from Cambridge Associates, which studied the top 100 deals each year from 1995 to 2012.

What it found is that since 1999, an average of 60 percent of the venture industry’s annual returns have come from companies outside the top 10 outcomes. This contrasts with pre-2000, when well more than half of gains, an annual average of 57 percent, came from the top 10, the study found.

The democratization is evident in firm diversity, as well. Since 1999, an average of 65 firms a year made investments in these top 100 companies. That’s up by a third from the dot-com bubble period.

Along with firm diversity, worldwide activity is helping to spread the wealth. From 2000 to 2012, international investments accounted for on average 20 percent of the gains from the top 100. From 1995 to 1999, they averaged just 5 percent.

“The widely held belief that 90 percent of venture industry performance is generated by just the top 10 firms (which our analysis shows was somewhat relevant pre-2000) is a catchy but unsupported claim,” the study said.