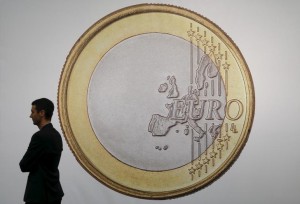 The financing, which backs private equity firm Apollo Global Management’s acquisition of Verallia, was scheduled to launch last week but was delayed until the result of the Greek referendum on Sunday.

Several other opportunistic repricings of leveraged loans including a 715 million euro-equivalent repricing for German carbon black producer Orion Engineered Carbons have been pulled from syndication in recent weeks amid jittery markets. .

Verallia is seeking to syndicate around 1.65 billion euros of senior debt, mostly term loans, which makes it the largest European leveraged loan of 2015 to date.

The arranging banks are waiting for the outcome of an emergency eurozone summit on Tuesday before deciding when to launch the deal, the sources said.

“There is still a lot of money available to invest [in the loan and bond markets], but it is pretty clear some investors want to wait and see before doing anything, as they want better visibility on what pricing should be,” a senior loan banker said.

“Verallia is a big deal for a strong credit and it should be presented to the market when it has the best audience and people want to engage.”

Several leveraged loans have been withdrawn from syndication in the last three weeks in addition to Orion Engineered Carbons’ loan, including deals for Austrian packaging group Constantia Flexibles and Spain’s Ufinet Telecom which were withdrawn at the end of June.

Other loan and bond financings have increased the size of loans and reduced the size of high yield bonds after greater volatility in the bond market.

German perfume and cosmetics retailer Douglas paid higher interest margins to increase a loan tranche by 420 million euros to 1.22 billion euros and cut a high-yield bond by a corresponding amount.

“This is a ‘wait and see’ market. The market has not crashed and it is not going to pieces, but equally it would be reckless to launch something right now unless it couldn’t be avoided,” a second senior loan banker said.