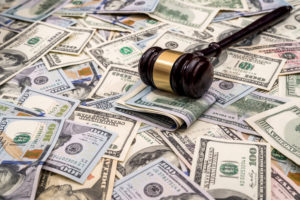 Alan Pardee, a co-founder of placement firm Mercury Capital Advisors who left last year, is suing his former firm, claiming his ex-partner and fellow co-founder was bringing in white males like himself and sidelining minorities and women, according to a recent lawsuit.

“This is a case about a Wall Street firm that has, over the past 10 years, remade itself into a safe space for white men only,” the lawsuit said. “Women and persons of color employed by Mercury, to the extent they still exist in the United States, are subject to regular harassment, denigration, and unequal treatment.”

Pardee singled out his partner, co-founder and chief executive Michael Ricciardi, for allegedly eliminating women and racial minorities who had been with the firm for many years from positions of authority. Pardee claimed Ricciardi was replacing them with “white men in his own image,” the lawsuit said.

Pardee is suing for not less than $6.6 million for breach of contract, race discrimination and retaliation.

Mercury denied what it called the “meritless claims” in a statement to Buyouts: “Not only do we categorically deny these allegations as false, but we are confident that the facts demonstrate how committed we are to diversity and equal opportunity for all. This is reflected throughout Mercury, including amongst its senior leadership team, which reports directly to co-managing partners, Michael Ricciardi and Enrique Cuan-Ruiz, and is comprised equally of five women and five men.

“We believe the claims are baseless and we intend to vigorously defend ourselves,” the firm said in the statement.

In May 2019, Bahrain-based Investcorp acquired Mercury. Pardee claimed he raised concerns about Ricciardi with senior executives at Investcorp. The executives assured Pardee they would address the concerns but nothing changed, and Pardee eventually found himself stripped of responsibilities and effectively terminated from his role, the lawsuit said.

Investcorp was not aware of Pardee’s concerns until recently, according to a person with knowledge of the situation. Pardee did not raise the concerns during negotiations with Investcorp over the acquisition of Mercury, the person said, directly contradicting the lawsuit. Mercury settled, with Investcorp’s encouragement, with two women who accused Ricciardi of gender discrimination shortly before the acquisition closed, the lawsuit said.

Pardee claimed that as a result of Ricciardi’s hiring practices, Mercury’s professional roster, excluding assistants, dropped to just 13 percent female from 40 percent in the US. He further claimed that 36 percent of Mercury’s United States professionals were African American or African-Latino-American at its founding, but today, Mercury only has one African-American globally, while the US team is about 84 percent white, according to the lawsuit.

Pardee also accused Ricciardi of “hostile and threatening behavior toward women,” according to the lawsuit, as well as bigoted treatment of minority employees.

Correction: A previous version of this report incorrectly stated that Alan Pardee was suing his ex-partner, Michael Ricciardi. Pardee is suing his former firm, Mercury Capital Advisors. The report has been updated.