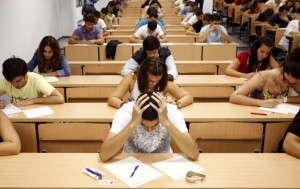 Pearson said in February it would put PowerSchool on the block. PowerSchool “contributed $97 million of revenues and $20 million of operating income to Pearson in the 12 months to 31 December 2014,” according to a statement from the firm.

The transaction is expected to close during the third quarter of this year. Evercore provided financial advice to Pearson on the transaction while Morgan Stanley did likewise for Vista.

PowerSchool’s price tag shows the wide price range Vista will pay for deals – from $350 million for PowerSchool to $4.3 billion for the take-private of business software provider Tibco Software in September. Vista said recently it was mulling some deals worth as much as $10 billion.The firm in December invested $35 million in Return Path, an email data analystics business.

Vista is “not limited by how small or large a deal is,” said a source familiar with the firm.

PowerSchool’s reputation as a “core SIS player in North America” made it attractive to Vista, which is seeking to invest in the education sector and “build a larger player” in the space. “We’re looking at add-ons,” the source said.

Last October, Vista closed its fifth flagship private equity fund at $5.8 billion, its largest to date. The firm is investing from Fund V to acquire PowerSchool, the source said.

Vista also has had some recent exits. Last month the firm closed its sale of cybersecurity provider Websense to Raytheon for $1.9 billion.

Vista, which has offices in San Francisco, Austin and Chicago, manages more than $14 billion in commitments.