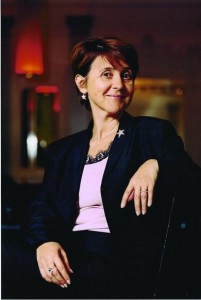 European business angels, unlike their more flamboyant US counterparts, have typically kept a low profile, preferring to operate quietly and behind the scenes, pulling strings and pushing capital into very early-stage businesses and stoically taking on the risks such endeavours bring.

As a result, it can be difficult to determine exactly how much angel activity there is in Europe, and how the dynamics of the angel community work, even for the investors themselves. Part of the role of angel networks is to help those cash-rich individuals and groups organise themselves into something resembling a cohesive whole, enabling connections to be made, experience to be shared and governments to be lobbied.

The European Business Angel Network (EBAN) performs such tasks on behalf of its members, which currently number over 60,000, comprising angels and angel groups, seed funds as well as entrepreneurs. Brigitte Baumann was appointed president of EBAN in April and here talks to EVCJ about the role the organisation plays in the business angel community, its relationship with the EU and how early-stage investors are coping with recession.

EBAN is the European trade association for business angels, seed funds, and other early stage market players. It has been the voice for this market since 1999, and currently federates over 100 organisations from 27 countries, reaching some 250 angel groups, 20,000 angels; and 40,000 high growth potential entrepreneurs.

What types of investors do you have as members?

We have a range of members, including federations of angel networks, national/regional/cross-border angel networks, seed venture capital funds (which we define as investing less than €3m per round per company), as well as associated members such as regional development agencies, incubators etc, and others who have an interest in being connected to the early stage investment market.

What are the benefits of being a member of EBAN?

For federations of angel networks or business angel networks, EBAN enables them to be heard as one voice for this market, as well as giving members access to a significant European resource centre on business angel issues, and of course putting them in a group of peers.

What relationship do you have with governmental bodies, both the EU and national governments?

One of the key roles of EBAN is to make sure that European policy-makers are aware of the role that business angels play in European economies, and help them to identify and promote ways to create a favourable environment for these investors.

Since its creation in 1999, EBAN has maintained very good relationships with various parts of the European Commission, in particular DG Enterprise and Industry and the European Investment Fund.

EBAN also has some direct contacts with policy-makers at national level across Europe who are interested in either creating a set of new regulations for their national angel market and/or would like to benchmark their current practices with other countries.

As a repository of tools and good practices across Europe, EBAN is able to provide stakeholders, such as representatives of governmental bodies, and relevant information about practices related to the angel market in various countries. For instance, for the last three years EBAN has been publishing an annual review of fiscal incentives available for business angels at the European level.

How important is the role of business angels in funding seed and early stage companies?

Business angels are experienced individuals investing their own money as well as providing their time, network and competences in exchange for equity into unquoted high growth enterprises. The majority of business angels invest in pre-seed and seed companies, that is, at a very early and risky stage.

Business angels are an essential source of funding and support for high growth potential companies and entrepreneurs who lack guarantees or track record to access other sources of finance that might be available on the market. The mentorship provided by the angels is as important as the capital, and by opening their network of contacts to investee companies, angels often ensure the company access to their first customers and to follow-on funding.

The crisis has generated an unexpected flow of capital demand to business angel networks across Europe, both because the start-ups’ cash need has increased due to a softening in their sales, and because some other forms of financing, such as bank credit and funding from traditional venture capital funds, are harder to obtain. This is creating challenges for early stage investors but also interesting opportunities.

The companies that come to seek equity finance at the moment are not only the usual high potential start-ups, but also companies which had achieved up to €5m revenues in sales after three to five years, called ‘gazelles’, who traditionally did not have to worry about their follow-on financing. This has meant extraordinary good deal flow for business angels and is one of the reasons company valuations have dropped 20% to 50% in the past eight months. This trend is likely to continue in the coming months.

At the same time, most business angels have lost money on the stock market and/or on real estate. While great opportunities at attractive valuations are out there on the market, their first priority is their existing portfolio, making sure that they have enough money to pass these tough times and even take advantage of it when possible.

New cash will not come easily in the next 12 to 24 months and it will take longer for companies to be cash flow positive. Therefore business angels need to be prepared for it and need deeper pockets than in the past to make new investments.

Another trend is a shortage of exits for business angels. There are fewer trade sales now as many corporates are in cost-cutting mode, whilst the IPO market has dried up and some VCs have slowed their activity.

One positive effect from the financial crisis is there are a number of first-time business angels who have been disappointed with the stock market and feel that they have more transparency and impact with angel investing.

Business angels and other early stage investors continue to be active and are adapting to the environment by being more careful about time to break even, valuation and investment terms. They are making sure, from day one, that either they will be able to secure financing until the company breaks even, or already have future investors identified.

They are also investing smaller amounts individually and more in collaboration with other investors, as well as diversifying their portfolio by making smaller investments in several sectors.

How have things changed in the angel investing world over the last few years, particularly with regard to the number of VCs that have abandoned seed and early stage investing to go later stage, not to mention the likes of Apax and 3i leaving the asset class altogether?

We have seen a growth in the number of organised angel groups. There were only 50 in 1999, with half of those in the UK – there are now more than 320 networks in most European countries.

There has been a professionalisation of the angel market and a career path for angels, from single angel to business angel network manager to seed fund manager and finally to VC.

We have also witnessed the emergence of sector and gender-specific networks, as well as a growing interest in border investments, and there is still a need for capacity-building opportunities of both angels and entrepreneurs.

Due to the withdrawal of VCs from seed and early stage investing, angels are syndicating to invest higher amounts and to be able to carry out follow-on investments (and with anti-dilution clauses).

Additionally, there has been an emergence of angel funds and co-investment funds (mostly in the form of public-private partnerships) to help angels invest in follow-on rounds and bridge the equity gap.

What is the outlook for the European angel and early stage market?

The gradual withdrawal of VCs and the current crisis is reinforcing the need for business angels and early stage venture capital funds to work and co-invest together to reach the stage of development when VCs can come in. There is also a need for dialogue between the angel and VC communities at regional and national levels to educate each other about investment terms and preferences and to favour co-investments in the future.

At the recent EBAN Congress 2009 held in Madrid on April 27/28, we identified an increasing number of angel investors and investments, an increasing need for capacity building and places where angels can meet and create a sense of trust – which is the basis for co-investment, and an increased complexity of the markets and of technologies reinforcing the need for networking and collaboration.

Whilst there was still interest in cross-border investments, we did observe this could be slowed down by the reality of cultural, legal and other administrative barriers.

But the overall message was think local, act global.

What does the future hold for EBAN?

EBAN has experienced significant growth since its creation in 1999, following the growth of the angel investing sector. It has recently opened its membership to seed VC funds, particularly those interested in co-investing with angels, in an effort to represent all actors involved in bridging the equity gap in Europe.

The current crisis is reinforcing the role and importance of trade associations such as EBAN, which enable early stage investors and intermediaries in this market to meet and exchange ideas about how to best tackle challenges.

We expect EBAN to continue to grow in the coming years and to focus in the short term on the following issues, which are of paramount importance for the support to the sector:

Brigitte Baumann was appointed to the post of president of the board of the European Business Angel Network (EBAN) in April 2009 after a distinguished career in angel investing.

As well as being the founder and CEO of Go Beyond, a European angel financing services firm, she is also a business angel herself, and serves on a number of selection and investment committees in Europe. As well as leading EBAN, she is also on the certification board of CTI Start-Up, the Swiss agency promoting technology and innovation and chairs Young Presidents Organization’s, a global angel investing group.

She has also worked in the corporate world, as CEO of a VC-backed mobile content developer iWORLD, as well as occupying various positions at American Express, smart card specialist GEMPLUS and McKinsey & Company.