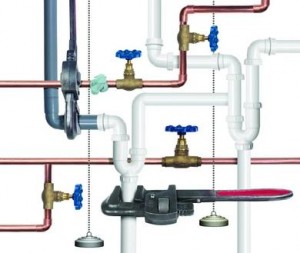 “Water, water everywhere and not a drop to drink,” this lament from The Rime of the Ancient Mariner by Samuel Taylor Coleridge struck accord with many Europeans in heat wave of 2006. A period of exceptionally hot weather arrived at the end of June in certain European countries including the UK, France, Benelux, Italy, Poland, the Czech Republic and Germany. For the Netherlands, Belgium, Germany, Ireland and the UK, July 2006 was the warmest month since official measurements began. On top of the heat wave the UK, France, Portugal, Spain and Germany experienced drought conditions that put public water supplies and agricultural production at risk. In France, more than half of the country’s municipalities put water restrictions in place, with non-essential use banned in the worst affected areas. In Portugal, the Government declared that 97% of the country was experiencing “severe” drought conditions and in 2005 about 25,000 people were dependent on water tankers for supply and many more rationed to a few hours of water per day. In Spain, reservoir levels were at an average of 40% falling to 12% in some areas, leading to the drilling of emergency boreholes in some areas and consideration of emergency desalination plants in others.

These conditions have put into very clear perspective the possibility that the next global commodity to be squabbled over will be the one that is most dear – water. General Partners, as always, have fingers very firmly on the pulse of developments and have been buying up water utilities for some time. Most recently there has been a significant amount of press coverage surrounding the pending take over of Thames Water, which is owned by German utility RWE and supplies water to 13m people and sewerage services to 8m in and around London, making it the largest water utility in the UK. RWE is looking to sell the company, which seems permanently at odds with its regulator, Ofwat, over leaking pipes and poor service, for about €7bn. A transaction of this size promises to be among the UK’s largest private equity deals and one of the biggest transactions globally in the utilities sector.

Those thought to be bidding for the group include Terra Firma and Qatar’s state-owned investment fund. Terra Firma, the private equity firm run by financier Guy Hands that has teamed up with John Roberts, former chief executive of United Utilities. A representative for Terra Firma refused to comment on the group’s plans. Qatar’s state-owned investment fund is working with investment bank UBS’s Global Infrastructure fund. Maquarie Bank was also rumoured to be bidding for the company but in the end its ownership of South East Water, a British utility was viewed as anti-competitive. A source at the bank that asked to remain unnamed said that one reason that private equity firms like water companies is because they have land assets which can be sold off to property developers for a tidy profit – though they were keen to stress that this is not the approach that Macquarie uses in its infrastructure fund. Ali Erfan a partner in 3i’s venture capital investment team, said: “The situation within water companies tends to improve when private equity funds take over because they are innovative. By comparison engineers that currently run water companies are very risk averse and they need to be because their main goal is that when you turn on the tap water comes out. However, there are so many technologies that have been developed in the venture space that would help improve the efficiency of these companies.”

Almost every water municipality across Europe has been criticised for not implementing changes to truly improve the quality of service. However, one supplier has escaped this criticism and is hailed as most forward thinking – Mekorot, the Israeli state owned water company. Mekorot is in itself a venture capitalist. It incubates companies that provide water technology in every area from waste water cleaning, desalination, water harvesting and security. Water is viewed as a national security issue in Israel which is one reason it is taken so seriously. The company provides the most advanced technologies in the world when it comes to use and reuse of water. Israel, like many countries located in the Middle East suffers from intense drought and almost all the water used in the country comes from non-natural sources such as desalination.