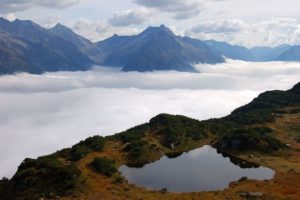 Summit Partners is not offering a “status quo” option as part of its broad secondaries restructuring, an unusual characteristic at a time when most GP-led secondaries deals allow existing LPs to simply choose to not participate.

Summit is running a secondaries process to move around 23 assets out of several older funds and into a continuation pool. The deal is expected to be valued at $1.5 billion or more depending on the level of existing LP sales, Buyouts previously reported.

LPs in the older funds have the option to cash out of their interests in the assets, or roll their interests into the continuation pool. By rolling, existing LPs will get indirect access to a diverse portfolio of assets, sources said.

This aspect of the deal, the breadth and diversity of the assets, makes Summit’s liquidity process attractive to buyers, sources said. Evercore is working as secondaries advisor on the deal.

“I can see why certain LPs might be frustrated by not having a status quo option – it is definitely different than what we have seen in other similar instances,” said an LP who is involved in the secondaries deal.

Also, the deal is complex, involving numerous assets from multiple funds. So just making the decision to sell or roll can be stress-inducing for LPs, said a secondaries market professional. “It’s very complicated for the average LP to assess whether or not they should roll or sell, with so many assets from so many different funds,” the professional said.

“More and more, GPs don’t feel obligated to offer status quo options,” the secondaries market source said. “If these deals are getting done for assets the sponsors have done really well on, and if they’re getting to realize 3x to 4x-type gain, LPs will be fine.”

“As an LP, you have the right to get diversified exposure to a set of assets that includes the ones you own,” the secondaries market professional said. It’s a liquidity option for existing LPs that should leave them no worse off versus a traditional M&A sale to another sponsor, another source said.