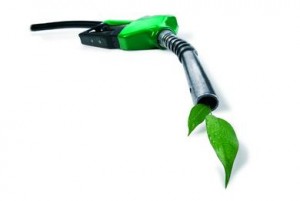 By some indications, it’s been a dream year for biofuels investors.

The price of oil has soared to more than US$100 a barrel. The world’s most gas-consumptive nations have enacted policies to sharply increase use of fossil fuel alternatives. And among consumers, the concept of “thinking green” has evolved from a tree-hugger mantra to a real-world driver of spending decisions.

By other measures, it’s been a disastrous period. Skyrocketing corn prices have squeezed out much of the already debatable price-competitiveness of corn-based ethanol. New studies show that most biofuels have a larger carbon footprint than conventional fuels after accounting for the full emissions cost of producing them. And among the aforementioned green consumers, the morality of diverting food to fuel tanks is now a routine topic of dinner table conversation.

Among venture investors, the debate has another twist. With well over US$1bn sunk into the biofuels sector to date, investors are reconsidering the economic viability of business models built on converting plant matter to fuel.

The relative newness of the sector means early stage VCs have no role models among their peers. Nor has any firm yet proven capable of generating top-tier returns.

“There’s no clear smart guy,” says Jason Matlof, a partner at Battery Ventures, of the biofuels sector. “There’s no one who’s had exits yet.”

Instead, there are a few dozen investors focused on the space. Most are recent arrivals to the sector. But they are all vying for the “smartest investor” title by swallowing up stakes in start-ups making fuel out of everything from switch grass to sewage sludge.

In Q1 2008, firms invested more than US$200m in biofuels-related companies. If investment levels keep on pace, funding is on track to exceed 2007, in which venture capitalists invested US$536m in 31 biofuel companies, according to Thomson Financial (publisher of VCJ and EVCJ).

Yet much of the Q1 total came from one deal—a US$100m funding round for Kergy, a Broomfield, Colorado-based developer of cellulosic ethanol production technology that was led by Khosla Ventures, the firm founded by Vinod Khosla, who is well known for his investments in biofuel-related companies.

Corn-based ethanol’s fall from grace is reflected in the funding data. Early stage investors were bullish on prospects for the technology a couple of years ago. That was when Virgin Fuels, the US$400m investment arm of Richard Branson’s Virgin Group, invested about US$150m in three corn-based ethanol companies. Corn is now out and biomass is in.

“The big leap of faith that all investors are making is that there will be exits,” says Matlof, who has invested in one biofuel company—SunEthanol, which develops processes for making cellulosic ethanol.

However, the exit outlook has so far been rather gloomy.

In terms of M&A prospects, no large corporate buyers have yet stepped up to acquire a venture-backed biofuel company.

The industry is still young. The majority of rounds since last year have been seed and early stage deals valued at under US$6m. And certainly there’s plenty of money available for promising biofuel start-ups. Last year, overall venture fund raising hit its highest point since the dot.com bubble, with 235 funds bringing in US$34.7bn.

Moreover, a larger portion of capital being raised is expected to go to cleantech. Last year, the sector drew US$2.2bn invested in 201 deals by US firms. This year, venture capitalists overwhelmingly predict that the sector will attract higher levels of funding, according to a survey by the National Venture Capital Association.

But while they have ample funds at their disposal for early stage biofuels deals, venture investors say it’s difficult to find companies with cost-effective, scalable processes in which to invest.

“We have been following the biofuels space for a long time and would love to have been able to make an investment in it, but in a substantial part of the sector, we cannot make it work,” says Wal van Lierop, CEO of Chrysalix Venture Partners.

That’s a striking confession considering that Chrysalix ranks among the most active investors in virtually every other cleantech sector, participating in rounds for 10 clean energy companies in 2007 alone.

The chief shortcoming in many of the biofuel business models that cross his screen, van Lierop says, is that the amount of energy required to produce a gallon of fuel is too high in comparison to the energy it can produce. In the case of corn-based ethanol, he estimates that it’s not uncommon to expend the energy equivalent of three-quarters of a gallon to produce one gallon of fuel.

Start-ups, however, have got better at addressing the energy input versus output issue. Today, van Lierop says he sees promise in several sub-sectors of the biofuels industry, including businesses using algae to produce fuels with much higher energy content than corn-derived ethanol and companies developing processes to turn municipal solid waste to energy.