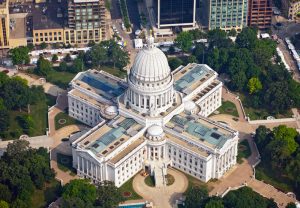 State of Wisconsin Investment Board on Wednesday approved a proposal to increase its private equity and debt target from 9 percent to 11 percent.

The changes were first introduced in October, as Buyouts reported. Chris Levell of consultant NEPC told the board at that time that the decision was based on the fund being overweight in private equity, as well as a consideration of commitments that are already in the pipeline.

As of September 30, the asset class took up 9.7 percent of its allocation.

“This is something that could happen by the end of next year but of course it will take the time that it takes depending on what goes on in the markets,” Levell said at the meeting Wednesday.

The allocation will be raised through the use of leverage. Currently, the $116.4 billion pension’s total asset allocation adds up to 110 percent. This hike, along with other hikes in public equity, public fixed income and inflation sensitive assets, will bring the allocation up to 115 percent.

Action Item: ready the materials from the December 16 State of Wisconsin Investment Board meeting here.