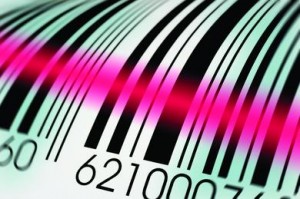 Global buyout house Apax Partners has made £400m on the sale of Britain’s sixth largest supermarket chain Somerfield to the Co-Operative Group.

The deal was valued at £1.565bn and also involved Barclays Capital and R20, the Robert Tchenguiz investment vehicle. Following the acquisition of Somerfield, the Co-Operative (Co-Op) is now the fifth largest grocery chain in Britain.

The deal was first announced in July of 2008 and marks the death of a 130 year old supermarket that began as a small family grocery shop.

The Apax-led consortium acquired Somerfield three years ago for £1.1bn. A new management team was implemented and the grocery chain has spent the past three years servicing the convenience shoppers market.

Approximately half of the debt obtained by the acquisition was paid off. The balance will be paid off on acquisition by the Co-Op and the pension fund had extra contributions and guarantees of £165m.

Chief executive of Somerfield, Paul Mason said: “It’s not been easy, but I really believe that taking Somerfield private has allowed the business to be transformed in a way that just couldn’t have happened in the public markets.”

Following the purchase, the Co-op has been forced to sell 24 of its stores to Sainsbury’s for £83m by competition regulators.

Alex Fortescue, partner and head of the retail and consumer sector at Apax, said: “This represents a good example of how private equity ownership can breathe new life into a business that is lacking strategic direction. Paul and the team have done a fabulous job in executing one of the largest and fastest restructuring programmes ever seen in grocery retailing which has put the business in great shape for the future.”