Buyouts
Home Insight Back to School: The big winner among LPs
Insight 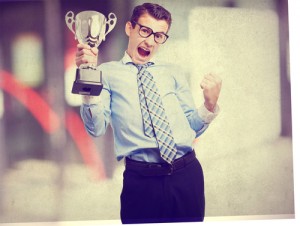 The implications are potentially significant. The authors go so far as to suggest “that plans with insufficient assets to make considerable investments in private equity on their own should consider asset management vehicles with more capacity for scale.”

The paper, dated December 2012, is co-written by colleagues Alexander Dyck, a professor at the University of Toronto’s Rotman School of Management, and Lukasz Pomorski, an assistant professor at the same school.

It makes sense that bigger limited partners do better, the paper suggests. The 800-pound LPs can use their heft to negotiate lower fees with sponsors. They’re also more likely to go the low-cost route of making co-investments and direct investments. The authors found that about a quarter of the out-performance can be traced to lower costs, the rest to picking funds that produce better gross returns.

According to the study, the pension plans in the top quintile by size (those with $6 billion invested in private equity on average) generate net returns that are 7.4 percent per year higher those in the smallest quintile ($27 million).

The authors note that other studies have come to a similar conclusion. “The literature using endowment data (e.g. Lerner, Schoar, and Wang (2008) has found like us that endowments with scale in PE perform better.”

To reach its conclusions, the study looked at a database of 874 international defined benefit pension plans from 1990 to 2009 provided by CEM Benchmarking Inc. Plans in the database manage an average of $10 billion, while the median is $2.5 billion.