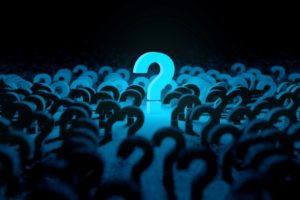 A just-announced $1.5 billion commitment by California Public Employees’ Retirement System to LongRange Capital, a new firm founded by ex-Navab Capital partner Bob Berlin, drew concern from one board member just days after it was unveiled.

Board member Margaret Brown questioned whether staff had the authority to make the commitment without board approval, but board president Henry Jones said the commitment was permitted and the board had been informed of it.

Brown is the only one of the board’s 13 members who has expressed concerns about the commitment. While there is little evidence that the LongRange commitment is in jeopardy, the kerfuffle is reminder that the long-running tension between at least some members of CalPERS board and its investment staff shows no signs of easing.

CalPERS is apparently the only LP in the fund, as Buyouts reported. The structure and strategy of the commitment to LongRange Capital Fund I resembles the $421.6 billion pension’s long-dormant plan to create its own private equity funds, commonly referred to as “pillars III and IV.”

In an email to Buyouts, Brown said staff does not have the delegated authority to start investing in the pillars strategy without the board’s “full knowledge and approval.”

“If staff’s $1.5 billion bet on LongRange Capital turns out to be a not-so-clever work around the restrictions on Pillar III or IV investments, the investment commitment will need to be rescinded,” Brown told Buyouts in an email.

A source close to LongRange Capital told Buyouts that the fund was not connected to the pillars strategy.

Jones told Buyouts via email: “Our investment team has acted within their delegated authority and has fully briefed the board on this investment. Likewise, the board has sought outside counsel’s opinion on the transaction. Working together, the board and investment team continue to evolve our private equity portfolio to drive value for our members and beneficiaries.”

When told about Jones’ statement, Brown said she did not recall hearing anything about the commitment before being contacted by Buyouts.

Kelly DePonte of placement agent Probitas Partners told Buyouts that whether or not CalPERS could rescind the commitment depended on whether or not the pension had actually signed a binding legal agreement.

The document reporting the commitment referred to “items completed under delegated authority” and said the LongRange commitment was closed in September. The firm’s form ADV does say it manages just over $1.5 billion, which DePonte said indicates documents had been signed.

Even if the agreement was signed, though, CalPERS could claim the commitment was illegal because the signatories did not have the authority to sign. In that case, LongRange could sue CalPERS and/or the signatories for damages, but DePonte said that was unlikely. “Suing LPs is not usually good for business,” he told Buyouts via email.

Sources agreed CalPERS and LongRange would likely work towards some sort of settlement to avoid damage to either entity’s reputation. But it could also be a “non-issue” for the GP and could simply be approved by the board.

“If there is this ongoing dispute at the board as to whether the staff actually exceeded its authority to make the commitment but the majority of the board is in favor of the investment in any case, they could vote to simply approve the decision already made on a one-off basis,” DePonte said.

The LongRange commitment bears some strong similarities to what is publicly known about the pillars strategy, but appears to be different in some respects as well.

Pillars III and IV were part of a “four-pillar” strategy in private equity, which CalPERS has been developing for several years now. Pillars I and II focused on emerging managers and traditional partnerships.

Pillars III and IV called for CalPERS to create two $10 billion private equity funds and hire outside GPs to run them with CalPERS as the sole LP.

In 2018, former chief investment officer Ted Eliopoulos said the funds would work like a separately managed account, as Buyouts reported. In the case of LongRange, founder Berlin owns 100 percent of the management company, a source told Buyouts.

One of the funds would focus on late-stage venture investments and another on long-hold investments, as Buyouts reported. A post on Berlin’s LinkedIn page referred to “an ability to hold for longer periods.” A LongRange spokesman confirmed to Buyouts this was a key part of its strategy.

The staff report said this commitment was made by the private equity team under its delegated authority. According to CalPERS’ private equity policy, that means the LongRange commitment would have to be some sort of customized investment account.

The pension’s private equity policy states that the CIO is allowed to commit up to $1 billion to a fund without board approval. However, the limit for a “customized investment account” is $1.9 billion. Additionally, CalPERS’ commitments to any single fund cannot exceed 25 percent of the fund, while a customized account is by definition a vehicle wherein it is the sole LP.

The source close to LongRange told Buyouts that the vehicle was a “regular commingled fund structure,” but did not share the actual fee structure.

Under the pillars plan, instead of paying “typical” management fees, CalPERS would pay the operating expenses of the funds, according to meeting documents. The form ADV for LongRange mentions management fees, but it doesn’t go into specifics. It also suggests the fund will pay some management expenses, but a source said that is not necessarily unusual in funds with only one LP.

At the March 2019 meeting where the pillar plan was approved, Brown pressed investment director John Cole and former CIO Ben Meng to pledge that pillars III and IV would not be executed as a series of smaller commitments under staff’s delegated authority.

“My concern is if you ended up doing five pillar IIIs and five pillar IVs, all less than $2 billion, with this approval today, you could move forward under the current delegated authority,” Brown said to Cole on March 18, 2019. “And that’s a concern I have. And I want to hear you commit today that that’s not what you’re going to do.”

“We commit to that,” Cole said.

State treasurer Ma got similar language added to the resolution, stating that any actual investment dollars put toward the strategy would require approval by the investment committee. That resolution passed. A spokesman for Ma declined to comment for this story, and referred Buyouts to CalPERS’ staff.

When private equity head Greg Ruiz discussed the way forward for the program without mentioning the pillars program at the September investment committee meeting, staff told Buyouts “the entire PE strategy is still moving forward, but we have nothing to announce at this time.”

CalPERS has an investment committee meeting scheduled for Monday, with other committees and the full board meeting over Tuesday and Wednesday.