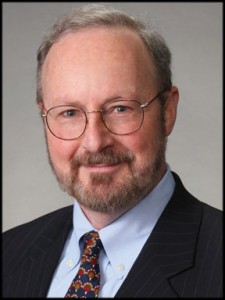 “The re-proposal continues to have the fatal flaws of the original proposal,” Forrester, a corporate finance and securities lawyer at the Chicago law firm Mayer Brown LLP, told Buyouts. He went on to call the plan “impractical and unworkable,” “a political compromise” and “a half-baked rule.”

Credit risk retention was a feature of the 2010 Dodd-Frank financial reform law, requiring loan originators to keep some “skin in the game” by holding at least 5 percent of the loans on their own books, rather than securitizing and selling the entire portfolio. The concept then was that loan originators would be more careful in extending credit if they had an ongoing repayment risk.

A group of federal agencies offered the re-proposal in August to address criticisms of their original plan, which had been put forth in April. The regulators are accepting comments until Oct. 30, although the Loan Syndications and Trading Association, a group representing syndicators, has asked for a 40-day extension of the comment period, to Dec. 9.

To the critics, the central problem is that collateralized loan obligations are not “originated to distribute,” a key concern for federal fraud-fighters. Rather, the vehicles invest in loans originated by others, typically large financial institutions, simply packaging those loans for institutional investors. Thus, Forrester argued, “There is no moral hazard” of the type the rules are designed to limit.

CLOs are similar in their composition to loan and bond mutual funds, which may be marketed to institutional or retail investors, but those vehicles have no risk retention requirement, Forrester said.

Another aspect of CLOs is that any individual pool contains only a few hundred underlying securities at most, for corporate borrowers that can be diligenced individually, and the AAA tranches of CLOs never lost money for their investors, even in the depths of the financial crisis. By contrast, mortgage-backed securities, especially the subprime flavor that precipitated the crisis, may contain thousands of loans to individuals, making it virtually impossible to discern the underlying risks.

And yet, the re-proposal eases rules on residential mortgage-backed securities, Forrester said. “We now exempt mortgages, essentially.” If the situation sounds ironic, “it’s upside down and past ironic, in my view,” he said, calling it “an intellectually dishonest move.”

One possible solution would be to adopt a third party option, similar to what is done now in commercial mortgage-backed securities, where a key equity investor could act as a proxy for outside CLO investors, providing diligence on the portfolio manager, Forrester said. “CMBS has such an arrangement.”