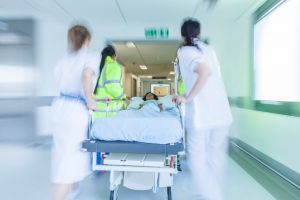 Los Angeles County Employees Retirement Association made a $70 million secondaries investment in a continuation vehicle raised by Ampersand Capital Partners, according to a document published on the $60 billion pension’s website.

The investment is in three companies in total, all previously managed by Ampersand funds, the document said. The vehicle’s core asset is Confluent Medical Technologies.

According to sister title PE Hub, the continuation vehicle closed on $670 million in November. StepStone Group, who is also LACERA’s private equity advisor, is the lead investor in the deal. The fund was closed less than 45 days after StepStone’s commitment and was $70 million more than the $600 million necessary to close the deal.

The purchases came during a year in which LACERA sought to increase its secondaries and co-investment activity. In 2019, the pension hiked the amount of money chief investment officer Jonathan Grabel could spend on secondaries transactions and how much it could spend per interest, as Buyouts reported. Earlier this year, the board agreed to allow LACERA to co-invest along with managers approved by StepStone. Staff told Buyouts this investment was not a co-investment, however.

The push has shown strong results. Last month, staff requested the ability to spend more on co-investments and secondaries next year, which was approved. It also approved continuing a working relationship with a secondaries advisory team that recently moved from Greenhill & Co. to Jefferies, as Buyouts reported. At the time, LACERA staff said that team had advised them on several purchases. Senior investment officer David Chu told Buyouts that staff used one of the three approved secondaries advisors, which until last week were Greenhill, Evercore and Campbell Lutyens, to corroborate the valuation.

Ampersand did not respond to a request for comment. According to its website, Ampersand focuses on mid-market healthcare companies, including laboratory products and services, contract manufacturing, pharmaceutical services and specialty pharmacy.

The firm also closed its most recent flagship fund, Ampersand 2020, in March, according to its website. That vehicle raised $690 million.

Action Item: read the report from executive session from the December 9 LACERA Board of Investments meeting here.