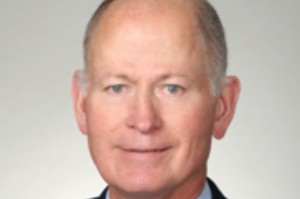 The technology fundraising arms race is in full swing.

Thoma Bravo is targeting $14 billion for its fourteenth flagship fund, according to pension documents from Massachusetts Pension Reserves Investment Management Board. The firm also has two other funds on the market.

This comes as tech investor Silver Lake is gearing up to raise its next flagship fund that could raise up to $18 billion to $20 billion, Buyouts reported this week.

Thoma Bravo Fund XIV’s strategy is to take between 12 and 15 control positions in software and technology companies between the sizes of $600 million and $2 billion. The target is slightly lower than the $15 billion speculated on by Bloomberg last year. MassPRIM committed up to $300 million to that fund.

Thoma Bravo Discover Fund III will invest in 12 to 15 control positions in software and technology companies between $200 million to $400 million in size. MassPRIM committed $150 million to this fund.

The Massachusetts documents indicated the Explore fund will make control investments in 10 to 12 companies of between $50 million and $150 million. The strategy will be run by Carl Press, Buyouts reported. MassPRIM committed $60 million to this fund.

Thoma Bravo has been busy fundraising the last couple years. Last year, it closed its 13th flagship fund at $12.6 billion. In 2018, it closed the second Discover fund at $2.4 billion. It also raised a $750 million credit fund and is on the market with its second now, according to sister title Private Debt Investor.

This news comes as fundraising for technology-focused funds stays strong. Along with Silver Lake, Vista Equity Partners has been a prolific fundraiser, closing its seventh flagship on $16 billion last year, as Buyouts reported. Vista also is out with a credit fund and a perpetual capital pool.

According to data from sister title Private Equity International, tech-specific funds that closed last year raised $61 billion This year so far, such funds that have closed raised $10 billion. This includes funds focused on buyouts, venture capital and growth equity.

Thoma Bravo’s previous flagship and Discover funds are still in their J-curve. According to data from the California State Teachers’ Retirement System website, Thoma Bravo’s 12th fund had a 14.13 percent internal rate of return as of March 31, 2019.

According to the Massachusetts documents, Thoma Bravo’s strategy is to implement “rapid operational improvements” at companies “resulting in increased earnings growth.” The firm also has an acquisition strategy that “creates value by transforming platform companies into larger, more profitable businesses.”

Thoma Bravo did not respond to a request for comment.