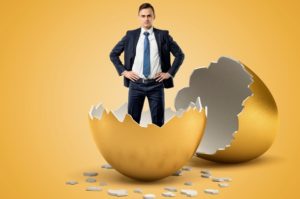 While the covid-19 pandemic created more fundraising challenges for emerging managers, it does not appear to have stopped the flow of first-time offerings.

Private equity fundraising has slowed across the board since the pandemic’s outbreak and is unlikely to repeat the record levels of the past couple of years. Emerging managers are expected to absorb the biggest blow, as many limited partners have narrowed their focus to incumbents.

In recent weeks, however, Buyouts has reported several fund closings and launches by newly-minted PE firms, indicating the downturn did not completely halt this activity.

Some general partners are persevering with inaugural vehicles launched before the health crisis, while others started up only recently. In both scenarios, there is evidence of successful fundraising.

This is perhaps not surprising in the case of pre-crisis funds, which may have developed early traction with LPs.

It is more surprising in the case of first-timers who began marketing, or ramped up marketing, after the outbreak. For example, Knox Lane in June collected nearly half of the $500 million target set for its debut fund less than three months after filing Form D fundraising documents.

It helps to be a spinout

A quality that is common to many of these PE firms is seasoned leadership. Knox Lane was founded by John Bailey and Shamik Patel, both former TPG Growth partners. While at TPG, Bailey led consumer sector investing, while Patel led services sector investing, experience they are leveraging in Knox Lane’s niche mid-market strategy.

This suggests emerging managers featuring senior investment professionals and strategies spun out of big, brand-name PE firms could have a fundraising edge.

Nik Shah, managing partner of Cohere Capital, told Buyouts this factor was key to the May close of his firm’s $200 million Fund I. Cohere gained pre-downturn “momentum,” he said, because the viability of its low mid-market, tech-enabled services strategy was proven by him and principal Daniel Gedney while at HIG Capital.

LPs also developed a “level of comfort” about Cohere, Shah said, owing to his and Gedney’s history of working together. This demonstrated the team’s “cohesive ability to execute,” he said.

Veteran GPs like Cohere’s sometimes leave PE firms once they have built a track record and feel a firm’s strategy has grown outside their comfort zone, Mark Hoeing, a managing director and head of private equity at Commonfund Capital, said. Often, as firms expand, the size of companies they acquire also expand, moving the focus out of the lower mid-market or even mid-market and into larger opportunity sets.

Because of their extensive backgrounds, the inaugural offerings of these GPs are appealing to LPs, even in a pandemic-battered market. “To raise capital in this environment, you have to prove your differentiation,” Hoeing said. “That means having operational and investing experience in particular sectors that are more resilient, including tech, software, services, healthcare.”

The downturn, Nazemi added, represents a great opportunity for these emerging managers to show their talent, as good companies, large and small, across sectors, need capital to help them operate through the turmoil. “I think there’s more to do now than ever,” she said.

Not all veteran GPs mulling a spinout from a large PE brand will agree that now is the right time. Some may decide to hold off until deal and fundraising markets further stabilize. Deal activity, for example, is not expected to return to anywhere near pre-covid-19 levels until at least the fourth quarter, sources told Buyouts.

“Any number of managers that might be contemplating a spinout today might be a little more reticent to do so until they know which way markets are trending and they have more visibility around what LP appetite is for emerging managers,” Brian Rodde, a managing partner and co-head of private equity at Makena Capital, said.

Those who do take the plunge, Rodde said, are likely to have a “relatively clear path to a successful fundraising if they have reasonable fund-size expectations and reasonable terms.” Less known or more marginal first timers will face greater challenges.

Other factors, such as how economics flow through an organization, will often motivate senior investment professionals to leave comfortable roles for the uncertainty of launching their own ventures, Nazemi said.

“It’s always a complex discussion about economics,” Nazemi said. “That’s why when backing an emerging manager or an established manager, we spend so much time on what is the economic make-up of the firm: how (carried interest) is distributed, how do people get promoted, how do people get on the investment committee.”

However appealing emerging managers with seasoned leadership are, their debut vehicles could still be beset with challenges in today’s fundraising market. Challenges are also expected to multiply if the downturn is prolonged.

Veteran GPs who launched funds after the pandemic’s outbreak may believe they can be successful “whatever the constraints,” Kelly DePonte, a managing director with Probitas Partners, said. This perhaps owes to an “awful lot of confidence” on the part of GPs with long records of achievement and who might have been planning spinouts for some time.

Attractive reputations, however, are not enough at a time when LPs are distracted by portfolio issues and feeling uncertain about the future, DePonte said. While LPs are still looking to deploy capital, many are not willing to vet unknown PE firms using virtual means, such as video conferencing apps like Zoom.

For this reason, DePonte said, the best-positioned emerging managers will be those with pre-existing LP relationships.

If they lack LP ties, the focus of GPs with inaugural offerings will be on “catching the attention of LPs” who are open to new strategies, DePonte said. In this case, the goal is to “get yourself in the queue now” and secure initial pitches in anticipation of “normal” face-to-face meetings with LPs when the market recovers.